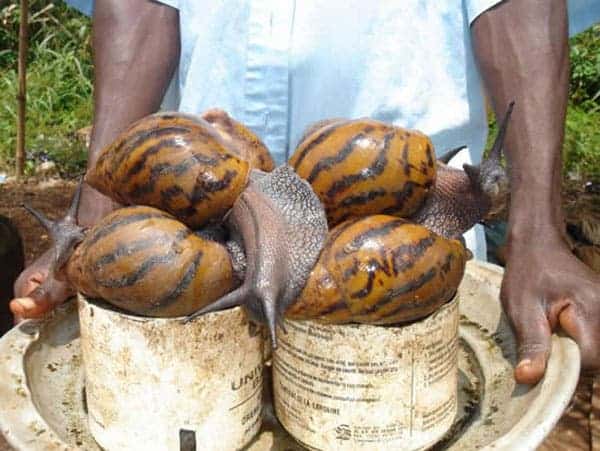 If you’re a snail in Africa, you either go big, or go home. Ok, that makes no sense whatsoever, but bare with me. The giant Ghana snail, scientific name Achatina achatina is a large, voracious mollusk, sometimes measuring over 30 cm in length. It’s very adaptable, it eats a lot of things, and creates lots of offsprings – which is why it’s considered to be one of the most invasive species in the world. They originate from West Africa, but they’ve found homes all around the world, including areas such as Barbados or Florida – and they are often considered pests.

However, they are also routinely confiscated on airports in the US, because they are sometimes kept as pets (something which is not very wise, as they can spread dangerous bacteria). Like almost all gastropodes, these snails are hermaphrodites. 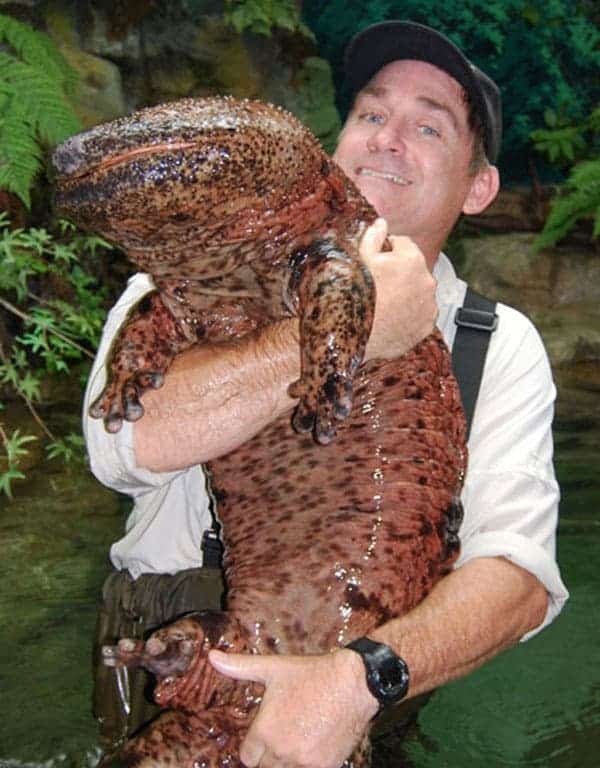 The Chinese Giant Salamander (Andrias davidianus) is the largest amphibian in the world, sometimes reaching 1.80 cm. However, unlike the above mentioned snails, the Chinese Giant Salamander isn’t really that adaptable; the species is critically endangered due to habitat loss, pollution, and overcollection, as it is considered a delicacy and used in traditional Chinese medicine. It’s not that uncommon for Chinese to eat an animal into extinction… 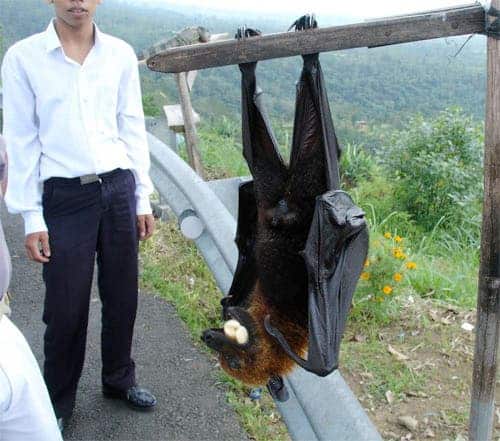 The megabat is a group which features the world’s largest bats; however, not all species are always large: the smallest species measures a mere 6 cm. However, the largest species, Fruit bats (or Flying foxes as they are sometimes called) have a wingspan up to 1.5 m (4 ft 11 in)!

They’re so big and intriguing that some biologists believe they descended from primates rather than bats and that mammalian flight ability has evolved more than once – however, most scientists disagree with this theory. 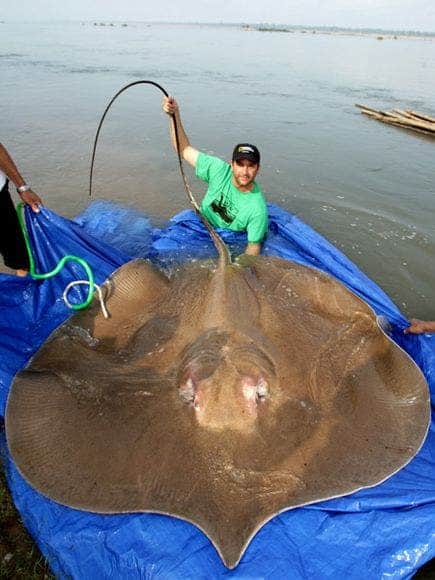 Not all Stingrays live in the ocean – in fact, the biggest ones don’t. The Giant Freshwater Stingray usually weighs 500–600 kg (1,100–1,300 lbs). However, just like with the salamander, their numbers are dwindling. This species is threatened by overfishing and habitat loss; the World Conservation Union has assessed the giant freshwater stingray as endangered in some areas, and critically endangered in other parts. 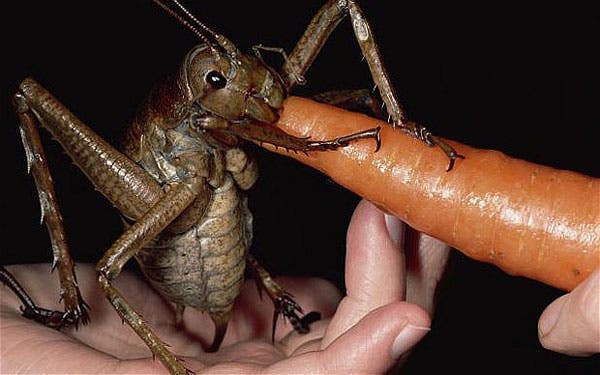 In case you’re still having doubts, that cricket is eating a carrot – no shenanigans. The 11 species of giant weta (Deinacrida spp.) are significantly larger than their relatives, which are themselves larger than most insects. They are found primarily on small islands off the coast of the main islands in New Zealand, and they represent a nice case of island gigantism. They sometimes measure over 10 cm.

The diameter when fully grown is slightly greater than the height of an average man. They can weigh more than 200 kg, and are endemic to Japanese waters. Nomura jellyfish are amazing creatures, but scientists are worried about the bloom in theior population. They are so heavy that in 2009, a 10-tonne fishing trawler, the Diasan Shinsho-maru, capsized as its crew tried to haul in a net with dozens of them. 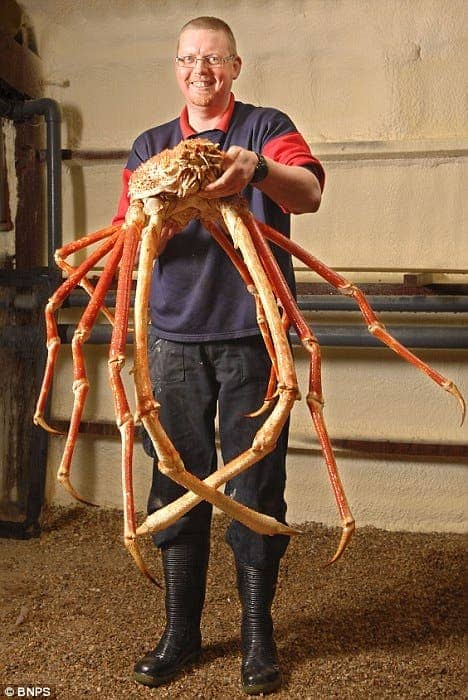 Crabs are quite awesome animals, but there’s probably something in the waters in Japan… I don’t know. Weighing up to 19 kg, the giant Japanese spider crab has long been a Japanese fishing staple, and can inflict serious injury with its powerful claws. They have the greatest legspan of any arthropod, reaching 3.8 metres from claw to claw. Despite of its threatening appearance, the Japanese Spider Crab usually has a very gentle disposition .