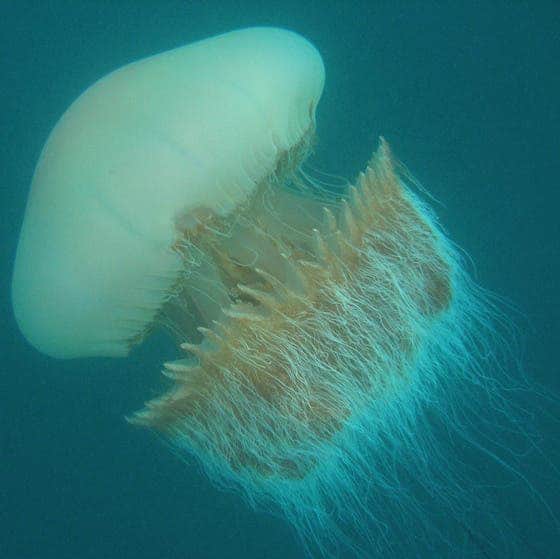 Nomura Jellyfish are a large species of Japanese jellyfish, that seems to be giving them some big headaches. They can grow up to 2 meters in diameter and usually weigh over 200 kilograms, going up to 220 in numerous cases and they spawn in the seas between China and Japan, invading the Japanese shores for 4 years now. 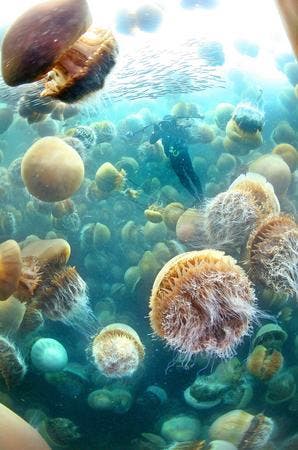 Since then, they’ve become such a problem that a commitee has been formed just for them, and researchers have been trying to promote them as a novel food. Students in Obama, Fukui (Japan) have managed to turn them into a sort of tofu, and they also managed to extract colagen, which is beneficial for the skin. 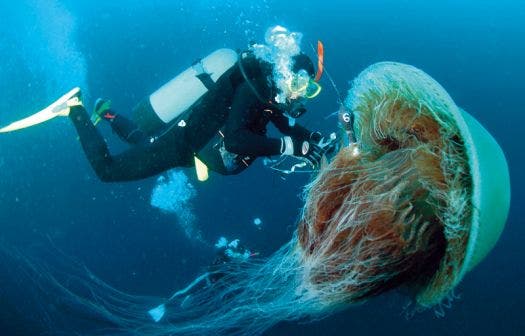 Stings are generally very painful, but do not cause major damage. Just 8 deaths have been caused by stings from the Nomura Jellyfish. So what caused this species to grow so large, even 100 times bigger than the average jellyfish? Scientists have been able to come up with a few theories, and there’s a big possibility that all these theories work together: 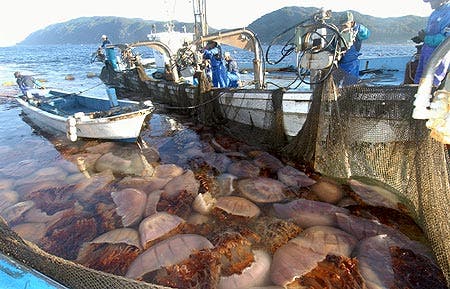 Even with the full help of the government, the Japanese have found it very hard to come to terms with these giants. Of course they aren’t immortal, but the problem is that whenever they feel under attack or threatened, they release billions of sperm or eggs which attach to corals or rocks and when conditions are favorable, they detach and grow into more jellyfish. 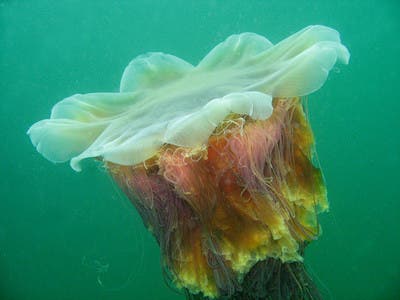 Jellies have been around for almost 700 million years, making them older than the dinosaurs. They are very simple yet effective creatures, possessing no bones or cartilage, no blood and no heart and also no brain! As a matter of fact, they are made up of 95% water. 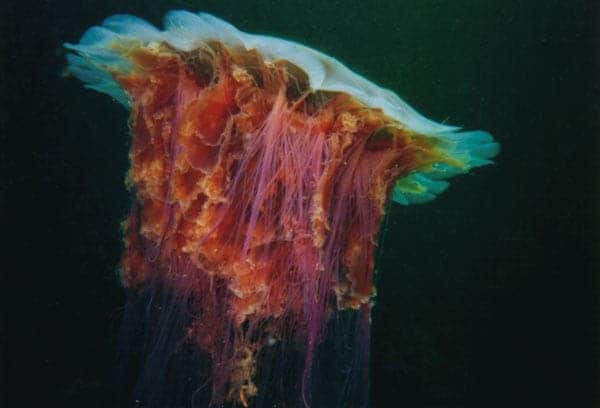 However, the Lion’s mane jellyfish may just be the longest animals in the world. In 1870, off the shores of Massachusetts Bay, locals found a washed up specimen that had a diameter of 2.3 meters and its tentacles were 36.5 meters long, longer than a blue whale! 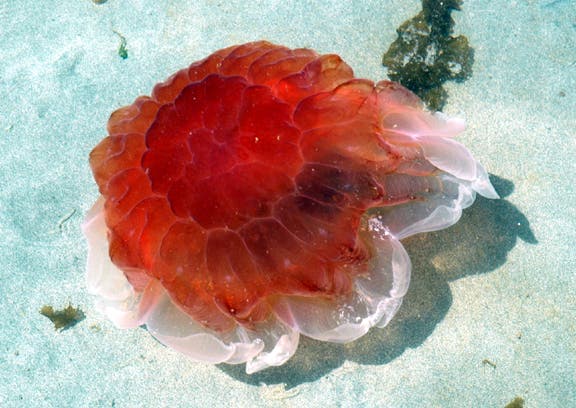 The tentacles are covered with millions of stinging capsules contained within the cells from the tentacles. This jelly, like many others, is a predator and captures its prey with the venom from the capsules. The venom is very powerful and could be fatal to humans, but in most cases, it’s not. It also lives in very cold waters, even in the arctic areas, and cannot cope with warmer waters so don’t expect to meet them when you go swimming anytime soon.

They frequently grow over 2 meters in bell diameter and 30 meters in length, at the end of each summer. Fortunately, by that time, they are rather uncommon.