by Mihai Andrei
in Biology, Climate, Environment
Reading Time: 2 mins read
A A
Share on FacebookShare on TwitterSubmit to Reddit

For the first time, king crabs have been found on the edge of Antarctica, probably as a result of global warming, which has made this environment suitable for them, researchers claim. 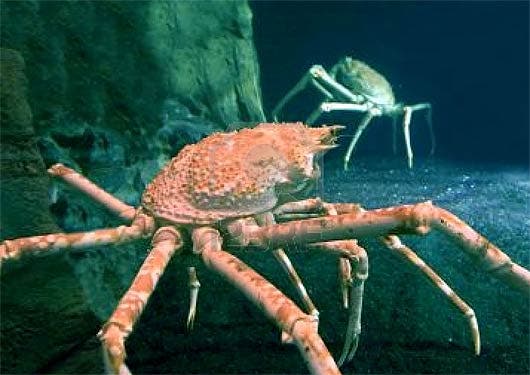 They suggest the crabs were washed in during an upsurge of warmer water, and that this can be extremely damaging to the local ecosystem as crabs are “voracious crushers of sea floor animals”. If things continue to move in this direction, than we can definitely expect the local ecosystem to suffer a major blow and change significantly and quickly.

Scientists sent out the Genesis, a submersible remotely operated vehicle (ROV) from the University of Ghent in Belgium, in an attempt to figure out what life forms are inhabiting the shore. They weren’t planning on searching for crabs in particular, just see what animals dwell down there; and they were absolutely shocked by the huge numbers of king crabs. Judging by the density they have seen, they estimate the number to be around 1.5 million crabs near Antarctica.

“Our best guess is there was an event, or maybe more than one, where warmer water flushed up across the shelf and carried some of the larvae into the basin,” said project leader Craig Smith from the University of Hawaii.

The general belief is that this species cannot tolerate water colder than 1.4C.

“If you look at the rate at which the seas are warming, (the continental shelf) should be above 1.4C within a couple of decades, so the crabs are likely then to come into shallower waters,” Professor Smith said.