Wei-Hock Soon, an aerospace engineer and a part-time employee at the Harvard-Smithsonian Center for Astrophysics is one of the few respected scientists who spoke against the general consensus that human activity is a significant contributor to climate change. He has published 11 papers on climate change since 2008. However, it was recently shown that he received $1.2 million from oil companies in exchange for his "science". According to leaked documents, the papers were simply “deliverables” that he completed in exchange for their money. He used the same term to describe a testimony he prepared for Congress.

Wei-Hock Soon, an aerospace engineer and a part-time employee at the Harvard-Smithsonian Center for Astrophysics is one of the few respected scientists who spoke against the general consensus that human activity is a significant contributor to climate change. He has published 11 papers on climate change since 2008. However, it was recently shown that he received $1.2 million from oil companies in exchange for his “science”. According to leaked documents, the  papers were simply “deliverables” that he completed in exchange for their money. He used the same term to describe a testimony he prepared for Congress.

Climate change denial has very little credibility. Just 0.17% percent of all published peer reviewed papers on climate change claim that the climate change is not happening or is not man-made. There is no scientific debate as one sided as this, and yet, despite a basic consensus, the media still disproportionately includes the views of climate skeptics. When you also consider that 9 out of 10 top climate change deniers are linked with the biggest private oil company (Exxon Mobil), it becomes even clearer why we have this lack of credibility.

Wei-Hock Soon, or “Willie” as he likes to be called is one of the very few scientists who actually claimed that climate change is not related to human activities. He claims that solar variation is causing rising temperatures across the world. Interestingly enough, he has no formal training in climatology – and despite being quoted as an “astrophysicist”, he is actually an aerospace engineer, which is vastly different. He’s also not a Harvard Scientist per se – he is a part-time employee of the Smithsonian Institution which is associated with Harvard. However, Willie doesn’t receive federal funding – he is responsible for obtaining his own money.

He also uses (according to other researchers) out-of-date data, publishes spurious correlations between solar output and climate indicators, and does not take account of the evidence implicating emissions from human behavior in climate change.

Gavin A. Schmidt, head of the Goddard Institute for Space Studies in Manhattan, a NASA division that studies climate change, said that the sun had probably accounted for no more than 10 percent of recent global warming and that greenhouse gases produced by human activity explained most of it.

“The science that Willie Soon does is almost pointless,” Dr. Schmidt said.

In a way, this is similar to the tobacco wars of the 1960s – it was clear that tobacco was having a negative health impact, but because the industry was so lucrative, huge amounts of money were poured into making people believe that this is not actually the case; spoiler alert – it was. Today, the oil industry is by far the most profitable in the world, with companies like Exxon or Shell making over $2 billion profits a month. These companies also tend to be the biggest polluters; a 2013 study found that 90 private companies are responsible for 60% of all the global emissions. Apparently, a small part of their profits went to financing scientists (and I use the term liberally) like Willie.

“The whole doubt-mongering strategy relies on creating the impression of scientific debate,” said Naomi Oreskes, a historian of science at Harvard University and the co-author of “Merchants of Doubt,” a book about such campaigns, and “The Fall of Western Civilization“. “Willie Soon is playing a role in a certain kind of political theater.” 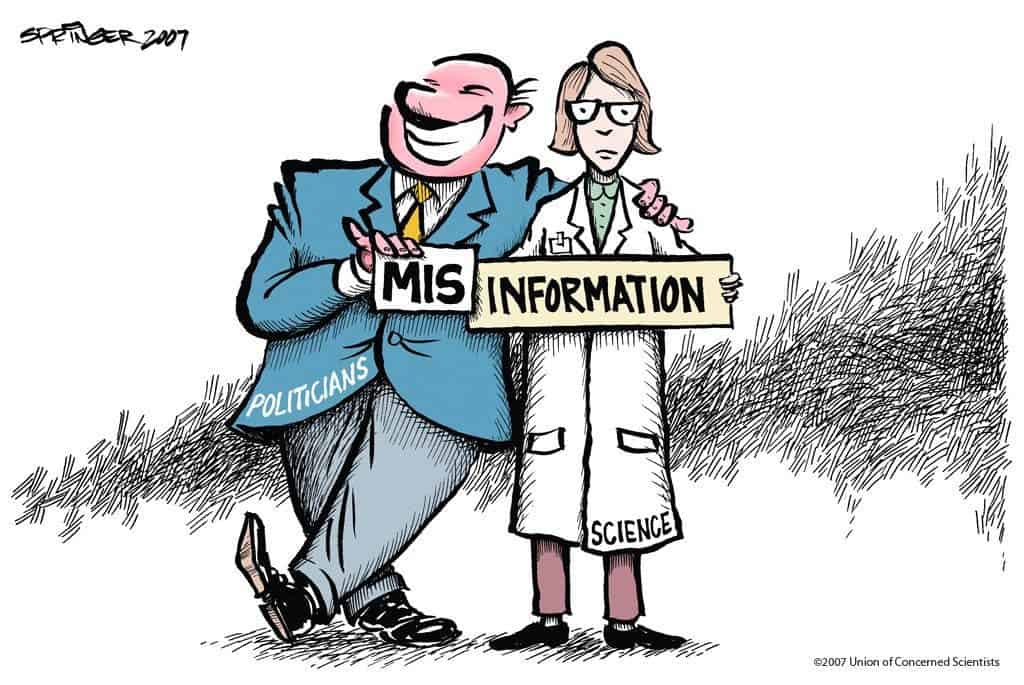 Indeed, Willie had no problem in finding himself a warm home with Washington legislators like Senator James M. Inhofe, an Oklahoma Republican who claims that “only God can change the climate“. Because hey, if you can put scientists (and their “deliverables”) on your payroll, why not get a few politicians too, right?

“What it shows is the continuation of a long-term campaign by specific fossil-fuel companies and interests to undermine the scientific consensus on climate change,” said Kert Davies, executive director of the Climate Investigations Center, a group funded by foundations seeking to limit the risks of climate change.

The thing is, while it’s highly questionable from an ethical point of view, there’s nothing necessarily wrong with receiving money from an oil company – as long as you disclose it, and as long as the money goes into actual research, not straight into your pockets. This is not what Dr. Soon did, according to leaked documents. The documents were obtained by Greenpeace, the environmental group, under the Freedom of Information Act. The biggest single donation of $230,000 came from the Charles G. Koch Charitable Foundation; in case you don’t know, the Koch brothers made most of their fortune from oil refining, and they have a long history of tampering with science. Over the years, at least $409,000 of Dr. Soon’s funding in the past decade came from Southern Company Services, a subsidiary of the Southern Company, one of the biggest utility holding companies in the country, with huge investments in coal-burning power plants. They also invest heavily in anti-climate change lobbying. Companies such as Exxon Mobil and the American Petroleum Institute seemed to have eliminated donations in recent years, but curiously, just as they eliminated their funding, donations from DonorsTrust, an organization that accepts money from donors who wish to remain anonymous increased.

Charles R. Alcock, director of the Harvard-Smithsonian Center, acknowledged on Friday that Dr. Soon had violated the disclosure standards of some journals and said that he will have to deal with this solution.

“I think that’s inappropriate behavior,” Dr. Alcock said. “This frankly becomes a personnel matter, which we have to handle with Dr. Soon internally.”

Dr. Soon was not  available for comments. In fact, he rarely responds to questions, except the times when the questions are asked by conservative media outlets. According to the NY Times, he has reacted angrily to questions about his funding sources, but ultimately admitted some corporate ties and said that they had not altered his scientific findings.

“I write proposals; I let them decide whether to fund me or not,” he said at an event in Madison, Wis., in 2013. “If they choose to fund me, I’m happy to receive it.” A moment later, he added, “I would never be motivated by money for anything.”

What will happen now

It’s not clear what will happen next. Dr. Soon is discredited and he has lost pretty much all his credibility. But then again, he had little credibility to begin with, and was still quoted by the Senate. His papers will likely be removed, since he violated the ethical guidelines of the journals that published his work by not disclosing his source of funding – I find it highly unlikely that the journals will continue to back him up. Scientific journals can’t really check out every publishing scientist to see where his money comes from, so they just have to trust him. If that trust is breached, there can only be one response.

“We assume that when people put stuff in a paper, or anywhere else, they’re basically being honest,” said Dr. Strangeway, editor of the Journal of Atmospheric and Solar-Terrestrial Physics.

As for Harvard and the Smithsonian, they may or may not remove him. It’s not clear at this point whether the institutions actually knew where his funding was coming from; if they did, then they will likely be more flexible and allow him to continue his “work”. Still, this is a significant case which may set a precedent – preventing such future cases from happening, or on the contrary, giving corporate money a green light for buying more scientists.

Dr. Oreskes, the Harvard science historian, said that academic institutions and scientific journals had been too lax in recent decades in ferreting out dubious research created to serve a corporate agenda.

“I think universities desperately need to look more closely at this issue,” Dr. Oreskes said. She added that Dr. Soon’s papers omitting disclosure of his corporate funding should be retracted by the journals that published them.