by Mihai Andrei
in Oceanography, Studies
A A 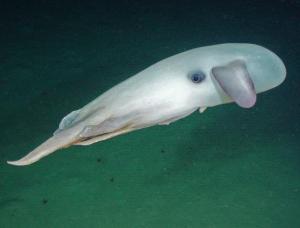 Life emerged and evolved initially in the water – every creature we see today stems from creatures who initially evolved underwater. But even after so much time, there there are many things don’t understand about marine ecosystems, and to be quite honest, the ecosystems we probably know least about are underwater.

Researchers from Fisheries and Oceans Canada and Memorial University of Newfoundland joined their forces and they made a survey of unexplored depths of the Atlantic Ocean for three weeks; they surveyed deep water animal life off the coasts of Nova Scotia and Newfoundland using an underwater robot known as ROPOS (Remotely Operated Platform for Ocean Science) and their focus represented by the corals. The results were weird in a good way. The life in these waters is more diverse than they believed.

They made over 3,000 high quality photographs that displayed this diversity, including an octopus with large fins near its eyes, known as “Dumbo,” a potentially new species of scallop and an organism which was believed not to be found there. This organism is made out of a single cell.

The results were so good that they are going to make another survey next year at the Bedford Institute of Oceanography in Dartmouth. The focus of that is going to be how the newly discovered species fit in the food chain and how they affect it. Findings are very important for biology and medicine, possibly providing valuable medicines.