by Mihai Andrei
in Other, World Problems
Reading Time: 2 mins read
A A
Share on FacebookShare on TwitterSubmit to Reddit

Yes ladies and gents, giant squids are all over the California beaches. Each of the squids weighs about 40 pounds, but some of them reach 60 and even more than that. I haven’t been able to find out what’s up with them, or why they gathered in such numbers, but according to scientists, this happens almost periodically, though they cannot have a totally satisfying explanation. The most plausible guess is that they’ve been brought there by a warm water current. 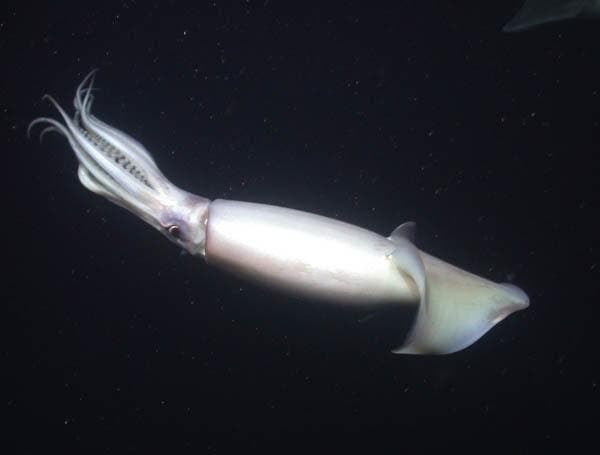 Anyway, there’s no reason to panic or anything, though you might want to avoid taking a swim this week. However, local anglers are absolutely delighted, catching them by the hundreds, and since things probably won’t change, we’re going to be talking thousands pretty soon; they also sometimes get rolled over on land, there they remain stranded and eventually end up rotting.

The searches for “giant squids” have gone through the roof, so I’m guessing a lot of people are interested or quite nervous about this. The squid in case is the Humboldt squid, also name Jumbo Squid, Jumbo Flying Squid, or Diablo Rojo (which is just Spanish for “red devil”). They rarely weight over 100 pounds, and their average lifespan is at about 1 year. Oh, they’re giant by comparison with most squids, but there others that make it pale in comparison. The biggest squid out there is (arguably) the colossal squid.