Puffins in trouble as numbers dwindle 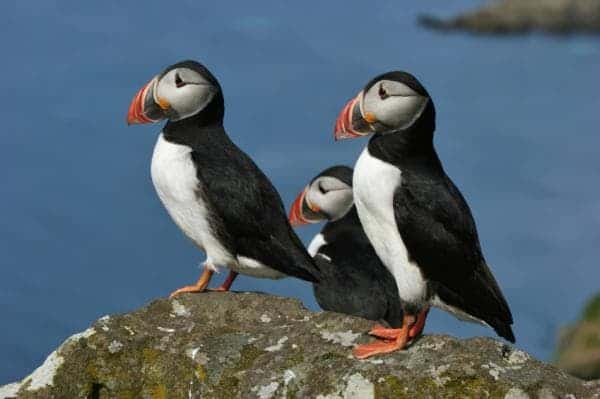 Where do birds go in the winter? That’s a question many of us asked, as kids. Well puffins are currently suffering from an increase in winter mortality, which is probably caused by the worsening of conditions in the North Sea. Using geolocation technology, this study tracked puffins and found that the population decreased by 30% in the last years. The study was led by Professor Mike Harris, Emeritus Research Fellow at the Centre for Ecology & Hydrology, who has studied puffins (among others) for 37 years.

Professor Harris: “Modern technology has come to the aid of the puffin just when it was needed. The quarter of a million puffins that breed in northeast Britain head out to sea during the winter and we previously thought that they stayed in the North Sea. We now know that some make long trips into the Atlantic during winter. This is vital new knowledge which should help us explain recent declines in puffin numbers.”

From about 1960 to 2000, puffin population has increased its numbers surrounding Great Britain, but began rapidly decreasing after 2003. The past winter had an unprecedented mortality as the North Sea became less and less favorable for them, and they have been forced to travel longer distances and adapt to different habitats.