by Mihai Andrei
in Biology, Health & Medicine, Studies
A A 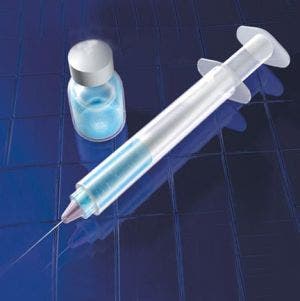 Just like many categories of people, I’ve recently been (insistently) offered a free flu shot. I said no. Without going into the reasons that determined me to do this, let’s look at what would determine the average bacteria to do the same thing, at least according to Tel Aviv University bacteria expert Prof. Eshel Ben-Jacob.

Bacteria have inhabited this planet for some 4 billion years before we did, and they’ll probably be here long after we’re gone. At the very least, it’s safe to say we have something to learn from them; and if you’d look at them carefully, you’ll find that the average bacteria would just say no to the swine flu vaccine. In his latest research, professor Ben-Jacob studies the decision-making process of bacteria as analogue to game theory and creates a truly fascinating model to support his case.

“Unlike our health authorities, bacteria would never panic,” he says. “Bacteria don’t follow the media or watch cable news. Instead, they send chemical messages to each other –– in a colony 100 times larger than the earth’s human population –– to make their decisions. And based on what we’ve seen in bacterial colonies, I know they would be suspicious committing to swine flu shots. They wouldn’t opt for a colony wide vaccination,” Prof. Ben Jacob concludes.

His research, done in collaboration with Dr. Daniel Schultz, a postdoctoral fellow at TAU, and Profs. José Onuchic and Peter Wolynes at the University of California/San Diego looks at a variety of things we can learn from these microscopic creatures, such as a way to deal better with health related mass emergencies or giving investors some clues as to how to deal with the stock portfolio (which we’re not gonna go into here). 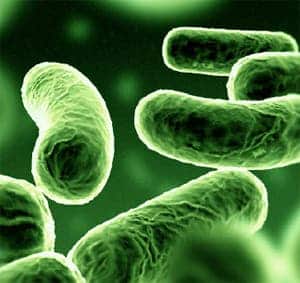 It’s a well known fact by now that bacteria ‘communicate’ via chemical signals, but the above mentioned scientists found that they reach a common decision in very sophisticated ways, using a network of chemical signals, proteins and genes to calculate odds, just like in the game theory. Basically, when put in a life or death situation, the bacteria use more advanced tactics than previously thought; they don’t use the prisoner’s dilemma (in case you don’t know: two prisoners are given the choice to betray each other or remain silent. If one betrays the other and the other remains silent, the betrayer goes free and the other one gets 10 years in prison. If they both remain silent, they both get just 1 year of prison; and if they both betray, they both get 5 years in prison. Of course they aren’t allowed to speak to one another. The temptation would be of course to betray and not risk 10 years in jail, but you could get 4 extra years, it all depends on how you mentally collaborate with your fellow prisoner).

When it comes to bacteria, there are not two put in the approximate situation, but rather two hundred billions that have to decide whether to all turn into spores or not. Each has to decide whether to participate in this or not, and tell the other what they will do. In real (bacteria) life, there’s also a clock ticking, so the decision has to be taken quickly. The thing about them is that they don’t lie… usually. Prof. Ben Jacob explains that the ones with a bigger chance of surviving won’t cheat to postpone the decision of the others. The model they elaborated analyzes how they calculate the risks that naturally come with either decision.

Though it’s a bit of a stretch, mankind could be put in the situation of the prisoner’s dilemma; on one hand, you could think that if everybody (or almost everybody, at least with a high infection risk) takes the vaccine (which, in my humble opinion, is impossible) the virus will be wiped out or contained easily and then eradicated. But perhaps it’s better not to take it, because if everybody takes it, it will be wiped out before it reaches me, and I’m free from the risks that come with such a vaccine.

“The simple rule we learned from bacteria is that anybody who has to make an important decision — especially one of life and death at times of stress — should wait to see the trend of changes, process the risks and odds in depth, and only then decide,” says Prof. Ben-Jacob.

He imagines what a bacteria would say if you asked it about the flu shot:

“They might suggest that only people who have widespread and intense contact with many others, such as business travellers and teachers, should get the shot. Those who are most likely to spread the virus should be vaccinated. Bacteria don’t take risks like we do and the results have paid off. They are super-successful, more than any creature on earth. They wouldn’t abuse the stock market, and would never invest beyond their means. I am also pretty sure most would not rush to get the flu shot, if given the choice,” he concludes. “They know how to keep a delicate balance.”