In 1926, when merchant marine captain Charles Martell checked into Massachusetts General Hospital, he had already gone down from 6’1″ to 5’6″, accusing major pain in his legs, neck and back and reporting a fine, white gravel in his urine. He was place on Ward 4, a recently opened facility focused primarily on hormone research. 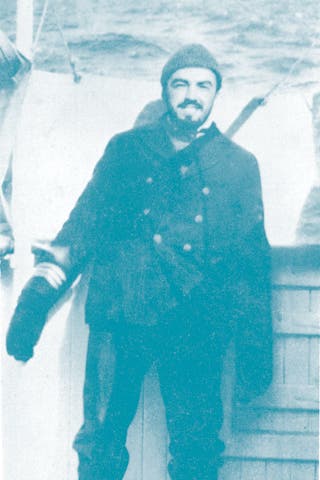 A dedicated team of doctors, researchers and nutritionists cared for him, analyzing his blood and urine samples, and kept a close eye on his diet. This might seem pretty normal and natural now, but back then, it was a revolution in patient care, making former MGH chief of medicine James Howard Means write that “scientific observations upon patients in a hospital is a product largely of the present century”. Doctors weren’t treating the symptoms, they were trying to find the underlying conditions and solve them.

However, despite his tragic fate, Martell seem to luck out a little: a previous discovery helped doctors diagnose his condition. Doctors just recently discovered that the parathyroid hormone could extract lead that had been absorbed into bone, but if too much is extracted, then the blood calcium level becomes just too high – this was also the case with Martell. He had an excess of parathyroid hormone which eroded his bones and caused him to shrink. But luck wasn’t on his side; surgeons performed several operations in the search for a tumor which would cause such a condition, but they found nothing. Sick of all the treatment, he left MGH later that year, only to return several years later, in 1932 – when more surgeries still didn’t reveal any tumor. Finally, during the seventh surgery, doctors found a tumor deep in his chest – but a few weeks later, complications stacked up and claimed his life.

His condition helped doctors understand the disease better, and which the knowledge they gained, they saved eight more people from death by the end of the same year. ZME Science would like to salute the man whose tragic fate brought the salvation of many others, and take a bow to the doctors who worked so hard to figure this out, leading medicine towards a new era.