by Mihai Andrei
in Biology, Health & Medicine
A A

The fight against Alzheimer’s is a harsh and rugged one, and despite numerous advancements, there still isn’t a definitive cure for the disease around – or a fail proof way to detect it in the early stages.. Still, if you can’t defeat it, it’s still better to slow it down a little, and that’s exactly what researchers from Los Angeles Biomedical Research Institute at Harbor-UCLA Medical Center (LA BioMed) had in mind. They found that increasing the most abundant brain peptidase in mammals significantly slows down the accumulation of tau proteins that are toxic to nerve cells and can cause or amplify Alzheimer’s, as well as other forms of dementia. 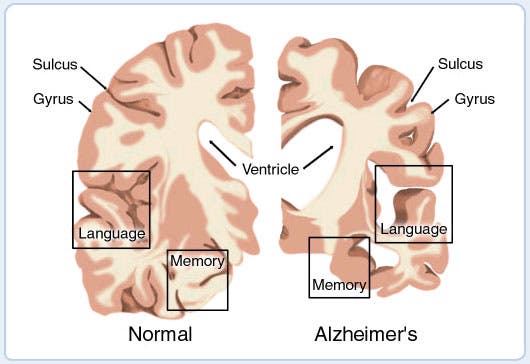 The study, published in Human Molecular Genetics showed that the increase of these peptidase have no negative side effects, but does remove tau proteins in the neurons.

“Our research demonstrated that increasing the brain enzyme known as PSA/NPEPPS can effectively block the accumulation of tau protein that is toxic to nerve cells and slow down the progression of neural degeneration without unwanted side effects,” said Stanislav L. Karsten, PhD, the corresponding author for the study and a principal investigator at Los Angeles Biomedical Research Institute at Harbor-UCLA Medical Center (LA BioMed).

“These findings suggest that increasing this naturally occurring brain peptidase, PSA/NPEPPS, may be a feasible therapeutic approach to eliminate the accumulation of unwanted toxic proteins, such as tau, that cause the neural degeneration associated with the devastating effects of Alzheimer’s disease and other forms of dementia.”

Alzheimer’s disease affects 2-4 million people in America only, but it is believed that this number will increase dramatically as popullation continues to age.