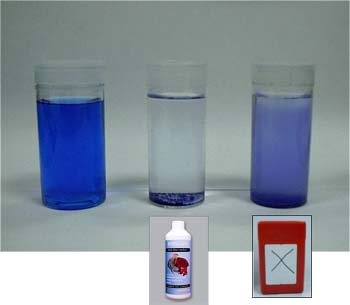 Every once in a while, you hear about the hardest of problems that have really easy solutions. In numerous cases, cures have been found in most common of substances, or even foods. This time, a study led by researchers at Children’s Hospital & Research Center Oakland showed that in small concentrations, something as common as methylene blue could significantly slow down or even cure Alzheimer’s and Parkinson’s disease.

This substance has been used for more than a century, in various situations, including as a treatment for a cold or a flu. The study was conducted by Hani Atamna, PhD, and a his team at Children’s and it was published in the March 2008 issue of the Federation of American Societies for Experimental Biology (FASEB) Journal.

Their research found that methylene blue can slow down or even prevent the decline of mitochondrial function, which leads to the above diseases.

Methylene blue was first discovered more than 100 years from now, in 1891. It is used also for treating methemoglobinemia, a blood disorder. It is a well known fact that when taken in large quantities, it affects the brain. But what comes out as a surprise, at least to me, is that this fact alone was enough to discourage scientists to experiment with smaller quantities.