We really do have a lot in common with dolphins.

by Mihai Andrei
in Biology, Mind & Brain, News, Science
Reading Time: 4 mins read
A A
Share on FacebookShare on TwitterSubmit to Reddit

Humans aren’t unique in getting Alzheimer’s — Oxford researchers have found that dolphins can get both Alzheimer’s and Type 2 Diabetes. These diseases might be a consequence of longer lifespans. 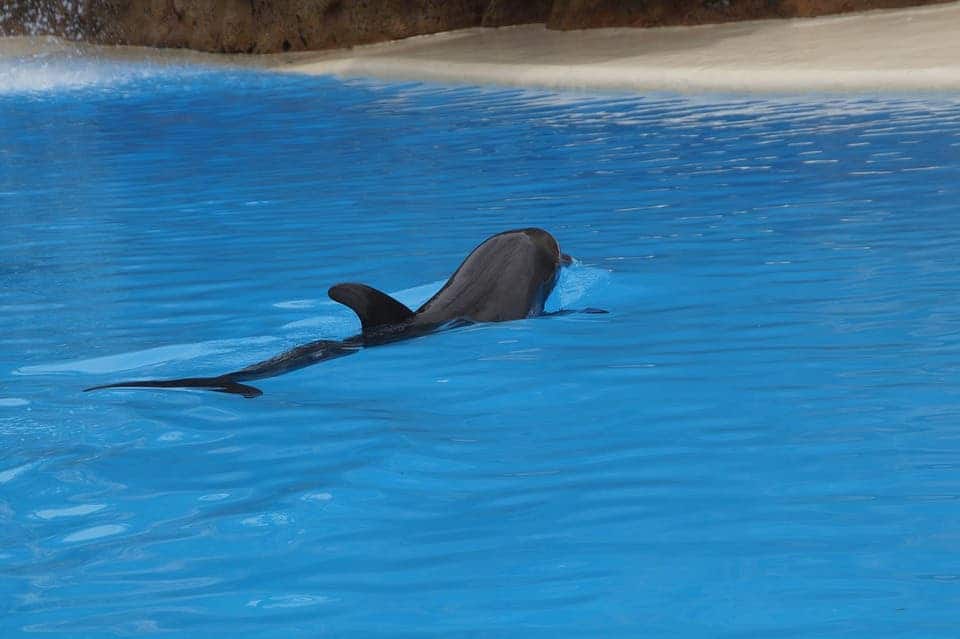 At a first glance, few animals seem more different than humans and dolphins. We live on the ground, they live underwater. We have hands and feet, they have fins. But if you look a bit deeper, you start to see a lot of similarities. We’re both mammals with complex tight-knit social groups, we both use complex vocalizations, and we’re both quite intelligent. Now, researchers have found another aspect that strengthens that bond: degenerative disease.

Simon Lovestone, an old age psychiatrist from Oxford Health NHS Foundation Trust, carried out a review of previous studies to see how common it is for other animals to suffer from Alzheimer’s. He found no evidence of onset in any other species.

‘It is very rare to find signs of full-blown Alzheimer’s Disease in non-human brains,’ said Professor Lovestone, who also studies dementia for the National Institute for Health Research (NIHR). ‘This is the first time anyone has found such clear evidence of the protein plaques and tangles associated with Alzheimer’s Disease in the brain of a wild animal.’

Before Lovestone actually found evidence of Alzheimer’s in dolphins, he identified a potential predilection of the marine mammals towards the disease. Thankfully, he told the right people about it.

‘It was a moment of serendipity when I heard Simon give a talk about the possibility that dolphins might be predicted to get dementia, as our collaborators have previously worked with dolphins,’ said Professor Frank Gunn-Moore from the University of St Andrews.

Humans and dolphin have another, rather unusual, trait in common: we continue to live long after our fertility declines. Regardless of their overall lifespan, animals don’t tend to live long after their fertility declines. In a competitive environment, this makes a lot of sense: you can’t make more offspring, so your utility to the species is limited. But humans and dolphins are different. Both for men and women, fertility declines sharply after 40 years, but people can go on to live 100 and even more. A similar process happens to dolphins (and orcas).

In order to prove their theory, researchers analyzed the brains of dolphins washed ashore on the Spanish coast. They were specifically looking at ‘plaques’ of a protein called beta-amyloid in the brains of dolphins, as well as tangles of another protein called tau. These are the main signatures of Alzheimer’s disease, and both of them were identified in the washed dolphins. Researchers believe that the hormone called insulin is directly connected to this process. Insulin regulates levels of sugar in the blood and starts a complex cascade of chemical reactions which have a dramatic impact on the body. Mice studies, for instance, have shown that extreme calorie restriction affected insulin signaling, which in turn extended the lifespan of the mice by up to 300%. If this is the case in the cetaceans, then Alzheimer’s (and possibly diabetes) might be a result of living longer.

‘We think that in humans, the insulin signalling has evolved to work in a way similar to that artificially produced by giving a mouse very few calories’, says Professor Lovestone. ‘That has the effect of prolonging lifespan beyond the fertile years, but it also leaves us open to diabetes and Alzheimer’s Disease. Previous work shows that insulin resistance predicts the development of Alzheimer’s Disease in people, and people with diabetes are more likely to develop Alzheimer’s.’

‘But our study suggests that dolphins and orcas (who also have a long post fertility life span) are similar to humans in many ways; they have an insulin signalling system that makes them an interesting model of diabetes, and now we have shown that dolphin brains show signs of Alzheimer’s identical to those seen in people.’

Researchers still aren’t sure if dolphin Alzheimer’s manifests itself like in humans. Without studying dolphins in the wild, it’s impossible to say if they suffer from the same confusion and memory problems reported in Alzheimer’s patients. The team doesn’t advocate carrying out studies on captive dolphins.

However, this might also be important for developing new treatments for the disease. Treating it in the brain is very difficult early on, as there is little cerebral damage at this point, making it difficult to find a treatment target. But if the disease is connected to insulin signaling, then scientists could work on that, and develop a whole new avenue for Alzheimer’s treatment.

The full paper, ‘Alzheimer’s disease in humans and other animals: A consequence of postreproductive life span and longevity rather than aging‘, can be read in the journal Alzheimer’s & Dementia.