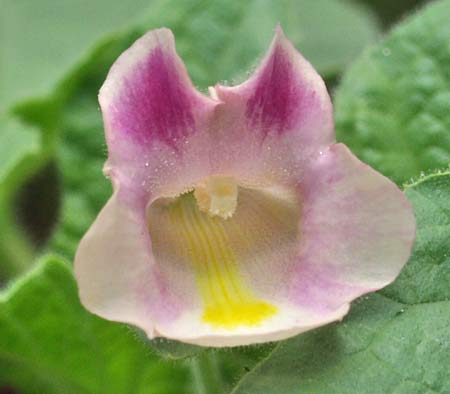 Deep in one of the warmest places on the planet, in the Kalahari desert, there lies the ‘Devil’s Claw’, a plant that may hold the key to effective treatment to arthritis, tendonitis and numerous related illnesses that affect millions and millions each year. Despite being a ‘desert plant’ the Devil’s Claw doesn’t thrive in extreme drough, like the one the Kalahari desert has seen in the past few years. This lead the plant to the brink of extinction so scientists are trying to find out ways to grow it, or grow other plants that produce the same valuable chemicals, or produce the chemicals in a lab.

Today was the 238th National Meeting of the American Chemical Society (ACS). At that meeting, they described the first successful method of producing the active ingredients in the plant, ingredients that have already made the Devil’s Claw sought after by more and more people who use it as alternative medicine – with amazing results. Researchers hope this will eventually lead to ‘biofactories’ that could produce huge quantities of the needed substances at low costs.

They started studying this plant when they found out that native populations from South Africa have been using it for generations in a number of conditions, from fever and diarrhea to serious blood diseases.

“In Germany, 57 pharmaceutical products based on Devil’s claw, marketed by 46 different companies, have cumulative sales volumes alone worth more than $40 million.”, said Milen I. Georgiev, Ph.D., who delivered the report

“The Devil’s Claw faces significant problems with its natural renewal, especially low rainfall,” Georgiev notes. “These problems are driving efforts to find alternative ways to produce high value compounds from the plant, independent of geographical and climatic factors,” he says.

Another extremely interesting fact (though not directly related) is that 25 percent of ALL medicines prescribed in industrialized countries comes from plants, most of which are endangered, so these biofactories that could ensure fast growth rate and genetic stability for the necessary plants could be crucial.

“Our target aim is to develop such technology, so we are paying attention not only to fundamental scientific tasks, but also to those related to some of the technological problems associated with hairy root biofactories,” Georgiev said. “It is the desire of each scientist is to see the fruits of his work. In the current case, we hope to be able to develop cost-effective laboratory technology for production of these pharmaceutically-important metabolites within the next five years.”