by Mihai Andrei
in Health & Medicine, Mind & Brain, Studies
Reading Time: 2 mins read
A A
Share on FacebookShare on TwitterSubmit to Reddit 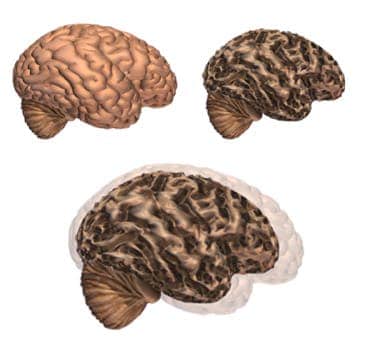 Alzheimer is one of the nastiest diseases you can get; it is a degenerative disease that affects your brain cells, and as far as we know, the best way to prevent it is by being mentally active throughout your life. The most recent study conducted about it takes a look at ways of detecting the disease in its initial stages. The results give scientists a greater understanding of the changes that are triggered during the initial stages, and may help individuals at risk.

According to the Alzheimer Association, 5.3 million people are suffering from the disease, and as world population continues to age, it will definitely affect more and more people, so detecting Alzheimer early, in potentially treatable stages could be the key to fighting it.

“Identifying those at risk for Alzheimer’s and developing new treatments for nervous system disorders is a social imperative,” said press conference moderator Sam Sisodia, PhD, of the University of Chicago, an expert on the cellular biology of proteins implicated in Alzheimer’s disease. “These studies are evidence that we’re making real progress to overcome this tragic epidemic.”

Also, the research also found that a new vaccine tested in mice could protect against memory loss caused by Alzheimer disease, without any potential harmful side effects. However, with this study, as well as the other ones before it, the progress is not that big. There still isn’t a single definite way of detecting or treating the disease, but hopefully, these small steps forward will pave the way for it as time passes.