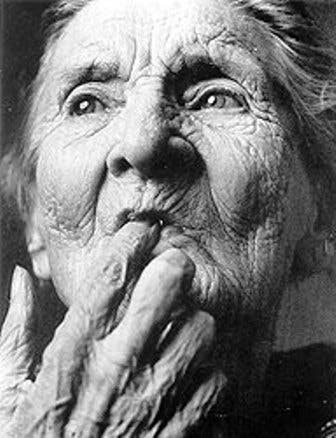 Alzheimer’s  is one of the most common, yet devastating, form of dementia which currently accounts for more than 5 million patients in the US alone, most of which are elderly. By now, I’m sure most of you know how this terrible disease manifests itself, enough to make a sexagenarian forget his children and nephews. What’s tragic is that Alzheimer is irreversible and, at present date despite countless efforts and billions of dollars worth of investments, can not be cured.

Research however is doing its fair part and not a day passes without some kind of visible progresses being made. The latest initiative comes from Canada where a group of researchers have managed to insert a deep brain stimulator (DBS), a small device comparable to a pacemaker, which allegedly drastically improves the memory of the subjects its been so far tested on. The research was conducted upon six subjects, out of which half showed signs of improvement during the course of a 6 to 12 month period.

“We showed that not only is this a safe procedure, but that the evidence is there to warrant a bigger trial,” according to Dr. Andres Lozano and colleagues at Toronto Western Hospital, who conducted the research. “Any amount of time that extends quality of life and quality years to someone with Alzheimer’s may be a benefit.”

Lozano first discovered the potential for the brain pacemaker therapy, called Deep Brain Stimulation, to treat Alzheimer’s disease while treating a patient for obesity using DBS in 2003. He found that signaling areas of the brain triggered memories in the patient.

The theory behind this experiment lies in the principle  that electrical stimulation of structures deep in the brain, including the hypothalamus, might be able to improve Alzheimer symptoms. As such the six volunteers were each inserted with the “brain pacemaker”, after which they were supervised whole year. During this time numerous cognitive tests were subjected to time . Also, PET scans, a type of brain scan that measures metabolic activity, were used to assess the way the DBS device changed glucose metabolism in the brain, since Alzheimer is known to alter the glucose levels in the organism.

“Evaluation of the Alzheimer’s Disease Assessment Scale cognitive subscale and the Mini Mental State Examination suggested possible improvements and/or slowing in the rate of cognitive decline at 6 and 12 months in some patients,” according to the researchers.

The PET scans also show an improvement in the glucose metabolism, which usually are at abnormal levels among Alzheimer patients.

The study itself is still very restraint and Lozano suggests research at a larger scale is warranted considering the high potential DBS could have in helping patients improve memory or at least slow down the devastating Alzheimer.

“There is an urgent need for novel therapeutic approaches for Alzheimer’s disease. Modulating pathological brain activity in this illness with DBS merits further investigation.”