by Tibi Puiu
in Diseases
Reading Time: 2 mins read
A A

Alzheimer’s is a devastating disease for both patients and their families that typically affects the elderly in large proportions. Detecting the disease in its early phase gives the best chances for effective treatment. A team of scientists recently performed an extensive survey in a group of  20-somethings, marking the earliest ever detection of early-onset dementia warning signs and paving the way for new treatments. 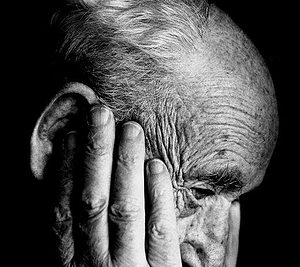 The scientists studied people aged 18 to 26 who carried a gene mutation that made them more vulnerable to early-onset and familial Alzheimer’s disease. When compared to non-carriers, they found distinct differences like certain proteins in blood and cerebrospinal fluid and brain changes. These are early signs that hint towards Alzheirmer’s even 25 years before the disease even gets the chance to show its symptoms.

“Early-onset and familial Alzheimer’s disease is relatively uncommon but terribly distressing for the individuals and their family,” said Associate Professor Michael Valenzuela, Leader of Regenerative Neuroscience Group, at the University of Sydney’s Brain & Mind Research Institute, who was not involved in the study.

“If we are to intervene to help stop or slow the disease, when? Clearly, 20 years before symptoms there are already major brain changes; does that mean we need to intervene even earlier (adolescence or childhood)? How realistic is this, particularly if such an intervention were to have significant risks?”

The findings are indeed monumental for those suffering from early onset or familial Alzheimer, but follow-up studies are required to see whether these apply to people with late-onset Alzheimer’s disease that do not carry the genetic mutation present in this study’s group of subjects. “Then a simple blood test may be possible in the future which can indicate people at risk.”

Findings were published in The Lancet Neurology.