“Sexual Sweat” is Recognized as Novel by the Brain

by Jason Whitaker
in Anatomy, Biology, Mind & Brain
Reading Time: 2 mins read
A A
Share on FacebookShare on TwitterSubmit to Reddit 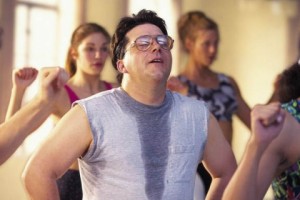 Put down that clump of Whale vomit*, there’s a better kind of perfume now: “Sexual Sweat.”

In a possible attempt to level the field for scientists everywhere, researchers Wen Zhou and Denise Chen of Rice University presented 20 women with samples of human sweat, both produced from times when male volunteers viewed either pornography or a documentary (The documentaries weren’t sexy documentaries, but used as a control measure.). The aim of the experiment being whether humans are sensitive to pheromones, and if so, where the information is processed in the brain.

The sweat produced from these viewing were collected and stored; and then presented to female subjects who were asked how pleasant, if at all, were the stimuli and how intense. In addition to “Sexual Sweat” and “Neutral Sweat,” the putative sex pheromone(PSP), androstadienone, and “PEA,” a control chemical were used.

While subjects were smelling stimuli they were also have their brains scanned via fMRI– it’s a technique much like a PET scan, but instead of rendering a detailed tomographic visualization, fMRI can monitor alterations in brain state concurrently. It can monitor thoughts (and unconscious processes) as they happen.

The results were that presentation of the Sexual Sweat activated areas of the brain other stimuli failed to. The areas of note are the right orbitofrontal and right fusiform cortices (OFC and RFC, respectively), along with the hypothalamus. The OFC is a secondary olfactory processing region, in addition the author’s note the OFC is “…widely implicated in socioemotional regulation and behavior.” This, along with activation of the RFC- the certain area activated not normally being associated with olfaction- indicates that Sexual Sweat is recognized as novel; not simply a smell but one imbued with particular importance. Additionally, that most subjects did not identify the sweat as human, indicates the areas activated were prompted by an intrinsic quality of the “chemosensory cue” and not simply the recognition of “people smell.”

There. Some more evidence our choices are swayed by the nudging of mother Nature– often to the dismay of our irrational sense of a rational self.

*It’s called Ambergris. Perfume makers use the products of the whales’ digestive tract as base for expensive fragrances. Remember that next time your’e necking…