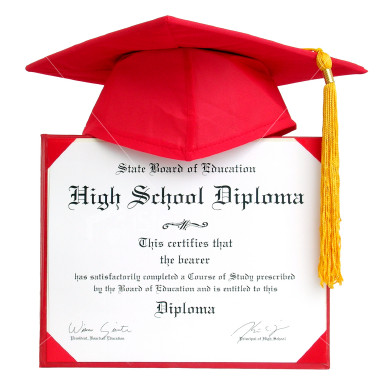 There are some very dangerous diseases which it is very hard to fight against. Alzheimer makes the sick man lose parts of his memory and makes him forget the easiest things like dressing himself or finding the way back home. It appears mostly in older people. But a according to a study published in the October 2, 2007, issue of Neurology®, the medical journal of the American Academy of Neurology the people who have not graduated from high school are at a higher risk of developing dementia and Alzheimer’s disease than the people with more education, regardless of lifestyle choices and characteristics.

The study conducted in Finland followed 1,388 participants through middle-age and late life for an average of 21 years. The participants were divided into three levels: five or fewer years of education (low), six to eight years (medium) and nine or more years of education (high), the Finnish equivalent of elementary, middle and high school levels. It showed that those with a medium education level had a 40-percent lower risk of developing dementia and those with a high education level had an 80-percent lower risk. Makes sense since those with higher studies, especially those with college degrees mostly have healthier lifestyles and their brain is more trained so to say.

“Generally speaking, people with low education levels seem to lead unhealthier lifestyles, which could suggest the two work concurrently to contribute to dementia or Alzheimer’s disease, but our results showed a person’s education predicted dementia on its own,” said study author Tiia Ngandu, MD, PhD, of the Karolinska Institute in Stockholm, Sweden, and University of Kuopio, Finland. “It may be that highly educated people have a greater cognitive reserve, which is the brain’s ability to maintain function in spite of damage, thus making it easier to postpone the negative effects of dementia. Additionally, unhealthy lifestyles may independently contribute to the depletion of this reserve.”.

So start learning or make the kids start learning because 40 years from now it just may be what saves you – something definitely important, considering that over half of all Alzheimer’s cases could be avoided.