Memory deficits of the elderly may be reversed 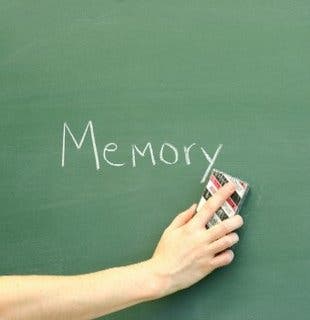 A team of researchers from Yale University have shown at a cellular basis why we tend to be more forgetful as we age, and claim that the condition may be reversed.

There’s no secret to the fact that an elderly person has a much weaker memory than the one he did at 20 years of age, but the whole process which leads to this degradation is still far from being entirely known. The researchers behind the study, recently published in the journal Nature, believe neural networks in the brains of the middle-aged and elderly have weaker connections and fire less robustly than in youthful ones.

“Age-related cognitive deficits can have a serious impact on our lives in the Information Age, as people often need higher cognitive functions to meet even basic needs, such as paying bills or accessing medical care,” says Amy Arnsten, professor of neurobiology and psychology at Yale University. “These abilities are critical for maintaining demanding careers and being able to live independently as we grow older.”

Experimenting, they looked for age-related changes in the activity of neurons in the prefrontal cortex (PFC), the area of the brain that is responsible for higher cognitive and executive functions, of variously aged animals. The PFC network of neurons is one of the brain’s most active regions when a person isn’t asleep, firing up signals constantly – this is where all the “working memory” magic is.

A neat working memory is essential for complex tasks such as reasoning, comprehension and learning. It also controls short-memory, allowing you to remember simple things like where your parked the car or put your keys, while being constantly updated and refreshed.

Arnsten and colleagues analyzed the PFC signals in young, medium-aged and old animals. They observed that young animals could maintain a higher rate of signal shooting in the working memory than those much older. Scientists looking for a reason for this, believe the PFC of older animals accumulate excessive levels of a signaling molecule called cAMP, which can open ion channels and weaken prefrontal neuronal firing.

By using agents that inhibit the generation of cAMP in the brain, they were able to to restore more youthful firing patterns in the aged neurons, albeit not exactly like those found in a young specimen – the improvements were dramatic, however. One of such agents employed was guanfacine, a neural enhancer already prescribed to children with PFC deficiencies and for hypertension treatment.

A clinical trial will shortly commence headed by Yale School of Medicine to see what kind of improvements guanfacine might have for the working memory in human subjects. Scientists doubt however that the substance might be used for treatments against Alzheimer or other forms of dementia.