Half of all German doctors have prescribed placebo’s

A new study conducted by the German Medical Association reported that about half of the doctors in Germany have prescribed placebo at some point, and no less than 88% of GPs in Bavaria have sent patients home with placebo treatments. 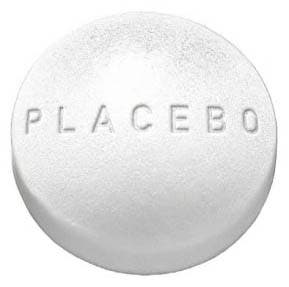 Placebo’s are still a matter of debate throughout the medicine world and not only, and there are still so many things we don’t understand about them; basically, a placebo is an inert tablet, a vitamin pill, something that has no direct real impact on the patient – even a sham operation. Sometimes, the patient will report a significant improvement in health that can only be linked with the imaginary treatment, a phenomenon known as the placebo effect.

What’s perhaps even more interesting is that the German Medical Association (BÄK), who published the report, welcome the findings, although stating they don’t really understand how placebo’s work.

“Placebos have a stronger impact and are more complex than we realised. They are hugely important in medicine today,” says Christoph Fuchs, the managing director of the BÄK.

All’s good here, but were they any good ? Pretty much, yes; no less than 59% of patients who had been suffering from an upset stomach were cured with placebos, and in a third of the cases, it was just as good as antidepressants. How does the success rate vary ? Well a placebo can work or not work depending on many factors, such as the degree of trust the patient has in the doctor, as well as the price of the treatment – the more expensive it is, the higher the chance of succeeding. Even more, it also depends on the size and colour of the pill.

However, placebo’s are still a grey area from many points of view; even legally. Few doctors even know if they are allowed to prescribe such a treatment. But the German medical association recommends such prescriptions if the patient has a minor illness that cannot get any worse, and they also ask for internationally recognized guidelines in order to create a framework for the use of placebo’s. Could you even imagine such a thing in the US ?