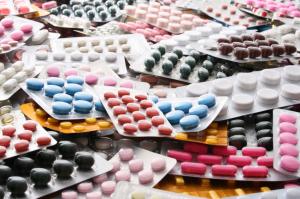 A drug company is a commercial business whose focus is to research, develop, market and/or distribute drugs, most commonly in the context of healthcare; from wikipedia. But according to a study by two York University researchers estimates the U.S. pharmaceutical industry spends almost twice as much on promotion as it does on research and development, contrary to the industry’s claim.

But how could this be you might ask yourself. Well the answer is fairly easy; regardless of its purpose of helping people it is a bussiness and thus it has to make money and the way of making money is by advertising more and researching less. The researchers’ estimate is based on the systematic collection of data directly from the industry and doctors during 2004, which shows the U.S. pharmaceutical industry spent 24.4% of the sales dollar on promotion, versus 13.4% for research and development, as a percentage of US domestic sales of US$235.4 billion.

In case you are wondering who made this study well the research is co-authored by PhD candidate Marc-André Gagnon, who led the study and Joel Lexchin, a long-time researcher of pharmaceutical promotion, Toronto physician, and Associate Chair of York’s School of Health Policy & Management in the Faculty of Health.

“In our paper, we make the case for the need for a new estimate of promotional expenditures by the U.S. pharmaceutical industry,” says Gagnon. “We then explain how we used proprietary databases to construct a revised estimate and finally, we compare our results with those from other data sources to argue in favor of changing the priorities of the industry.”

[digg-me]This study is very important as it shows the most accurate image yet of the promotional workings of the pharmaceutical industry, says Lexchin. But even this could be wrong a bit because there are other advertising campaigns which could not be taken into consideration such as ghost-writing and off-label promotion so in fact these companies are probably spending more than twice advertising rather then researching. As well, note the authors, the number of meetings for promotional purposes has dramatically increased in the U.S. pharmaceutical industry, jumping from 120,000 in 1998 to 371,000 in 2004, further supporting their findings that the U.S. pharmaceutical industry is marketing-driven.