Test could give excuse for laziness 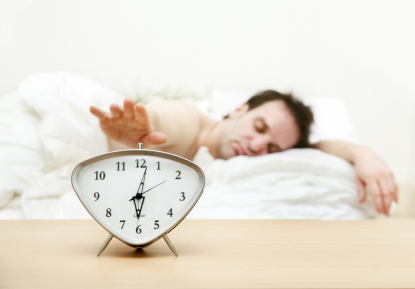 Ever wake up in the morning and just couldn’t get out of bed? Did you ever have something to do and just didn’t have what it takes to do it? Well, all you lazy people, rejoice! In may not be your fault after all. A simple test could show whether difficulty in defeating your laziness is genetic or… laziness.

Scientists are finding more and more things that genes are responsable; for example, they showed that some of us tend to be night owls, while others are just programmed to wake up early in the morning. They have developed a swab test that can identify a person’s natural tendency to wake early or late from cells collected from inside the cheek.

Now they are talking about creating something that could counter the effect of this and make you fight the urge to stay and procrastinate all day long. But the point here is mostly around sleeping issues. The test can reveal the activity of a number of different genes that control the “natural” pattern of wake and sleep – the circadian rhythm.

Here’s what the researchers say:

“But by taking samples at 4pm and 5pm to assess the activity of the REV-ERB gene, we will be able to see if patterns of peak gene expression are shifted forwards or back in time from the norm of 4pm. If your peak is earlier than 4pm it would indicate that you are a natural early bird, if you peak later than 5pm then you are more of a night owl.”