Obama sets Mars goal for America in less than 20 years

Barack Obama came out and said that it should be possible for NASA to send astronauts to Mars and bring them back safely by the mid 2030s. The US president said this while explaining the details of his plans with the US space agency at the Kennedy Space Center in Florida. 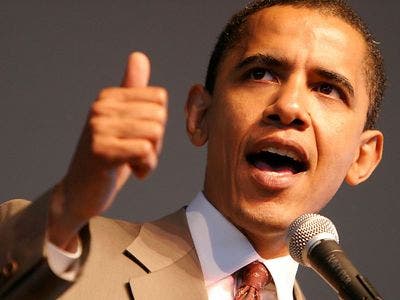 Mister Obama has set quite some high goals for NASA, but he also supports them by giving the needed funding. If this will suffice, it remains to be seen, but the extra 6 billion $ (over the next 5 years) is quite a sum.

“By 2025, we expect new spacecraft designed for long journeys to allow us to begin the first-ever crewed missions beyond the Moon into deep space,” he told his audience. “So we’ll start – we’ll start by sending astronauts to an asteroid for the first time in history.”

After a brief moment, he added:

“By the mid-2030s, I believe we can send humans to orbit Mars and return them safely to Earth. And a landing on Mars will follow. And I expect to be around to see it.” 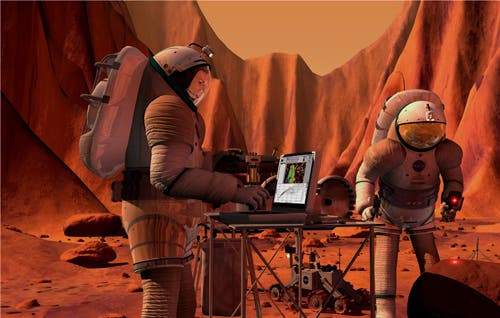 The current American president claims that NASA needs a refocus, and after this, it could achieve more, and quite soon. He also redeclared his strong affinity for space exploration.

“The bottom line is: nobody is more committed to manned spaceflight, the human exploration of space, than I am. But we’ve got to do it in a smart way; we can’t keep doing the same old things as before.”

“What we’re looking for is not just to continue on the same path; we want to leap into the future,” he said. “We want major breakthroughs, a transformative agenda for Nasa.”

Honestly, I don’t know if there’s a need for a change in the way NASA does things, but if this plan works, then we will be seeing results not far from now. Either way, at the very least, it’s comforting to see a president have so much interest in these issues.