by Tibi Puiu
in Other 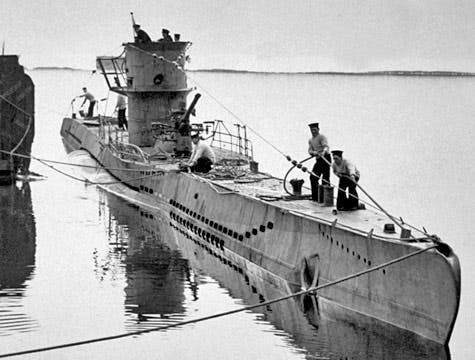 According to newly revealed classified MI5 files, in June 1942 a German sabotage mission, code name “Operation Pastorius“, was commenced which intended to wreak havoc and unleash terror across the US. However, the operation failed misserably and turned out to be more of a screwball comedy synopsis than a covert, ruthless nazi mission.

The plan was simple and seemighly very dangerous: four German operatives would land on US soil after being transported by a U-boat nazi submarine and then infiltrate across the country to bomb roads, railways and factories. Nothing worked out as planned for the nazis though, whose plans foiled miserably.

First, one of the saboteurs, Herbert Haupt, got drunk in a Paris bar after a farewell dinner and declared to his drinking companions that he was a spy. Then, when the U-boat reached the US coast, it ran aground on a sandbar as it dropped off the four agents on the coast of Long Island, New York. Also, after finally landing ashore, the four operatives were discovered by a coast guard agent while burring supplies in the sand, who was eventually persuaded to close his his for $300.

In a report on the mission, Victor Rothschild, head of MI5’s counter-espionage division, wrote: “It was only owing to the laziness or stupidity of the American coastguards that this submarine was not attacked by USA forces.”

Finally, I guess the nazi spies eventually got tired, and hungry for Paris bread and wine, since the leader of the spies, George Dasch, rang up the FBI, announced he was a saboteur and demanded to speak to the bureau’s then director, J. Edgar Hoover. He wasn’t taken very serious, however after some lengthy interviews he was arrested and his fellow agents were rounded up, the files showed.

Despite the clumsiness of the mission, MI5 still regarded it as a serious threat.

“This sabotage expedition was better equipped with sabotage apparatus and better trained than any other expeditions of which the security service has heard,” Rothschild wrote.