by Tibi Puiu
in Environment, Renewable Energy
Reading Time: 1 min read
A A
Share on FacebookShare on TwitterSubmit to Reddit 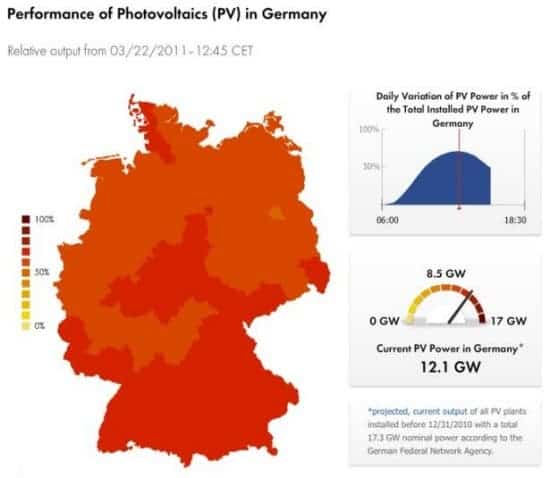 Here’s how renewable energy can be proliferated easily trough out the world, the developed one at least – scale it and make it cheap for the user. At least this is what Germany did and it’s working incredibly well for them.

The country just recently announced that feed-in tariffs for solar energy will be 15% cheaper than those in 2011. Since 2004, when Germany took it upon itself to make solar energy it’s main driver, the feed-in tariffs on a per kilowatt-hour basis, has declined over 57%.  Basically, solar energy has become more than two times cheaper for the German energy consumer in just 8 years. And it’s only going to get cheaper.

By the end of 2011 Germany, which is slitely smaller than the state of Montana, US, is expected to install 5,000 MW of solar power. The U.S. on the other hand, has a current yearly total of only 2,000 MW, nationwide.

Germany is currently the world leader in installed photovoltaic solar panels, although the country is far from being considered the sunniest spot in Europe. Currently, producers of solar panels are desperately trying to meet demands.

The report and feed-in tariffs for Germany can be read at  Wind-works.