Loliginidae, also known as pencil squids, are formidable animals that can change their colour matching their surroundings really fast and effortlessly. For centuries the only thing man has learned from them is how tasty they are. Now, researchers at University of California, Irvine, found there’s much more to them then a simple calamari dish. The scientists used the protein that offers the squids’ ability to hide from both enemy and pray to adapt their own bio-coating  that mimic’s the squid’s skin.

The squid can change its color within a fraction of a second through a a structural protein called reflectin, which basically works by dynamically changing the squid’s skin light reflection. The team of researchers at UCI developed a method to produce reflectin, which they then introduced in a common bacteria population. The modified bacterial population were then used to make thin, optically active films that mimic the skin of a squid.

The real kicker and innovation of this work is that the resulting camouflage material not only keeps things hidden from sight, but also from infra-red readings – the de facto standard in military identification.

“The novelty of this coating lies in its functionality within the near-infrared region of the electromagnetic spectrum, roughly 700 to 1,200 nanometers, which matches the standard imaging range of most infrared visualization equipment,” said research leader Alon Gorodetsky . “This region is not usually accessible to biologically derived reflective materials.”

With the appropriate chemical stimuli, the films’ coloration and reflectance can shift back and forth, giving them a dynamic configurability that allows the films to disappear and reappear when visualized with an infrared camera. Using such a biofilm, one could potentially coat just about any surface,  potentially allowing many simple objects to acquire camouflage capabilities.

“We’re trying to develop something that you could essentially use as reconfigurable infrared reflective paint so that you’d be able to disguise yourself,” research leader Alon Gorodetsky said, according to a report from Chemistry World. “There’s really not much out there in terms of inexpensive, biodegradable non-toxic materials that can be changed on the fly.”

What about shape-shifting suits? That’s a real possibility, according to the researchers. If you ever read P.K. Dick’s A Scanner Darkly, you might be stunned by the prospect.

“Our long-term goal is to create fabrics that can dynamically alter their texture and color to adapt to their environments,” Gorodetsky said. “Basically, we’re seeking to make shape-shifting clothing – the stuff of science fiction – a reality.” 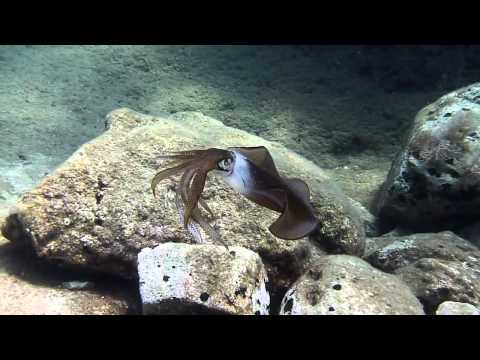 It’s worth noting that a Harvard team devised a robot that mimics squid camouflage capabilities back in 2012. Read about it here.