Google is shifting their focus from Search to artificial intelligence, CEO says

There's a lot of data to be had -- and Google wants it.

by Alexandru Micu
in News, Tech, Videos
A A

While delivering Google’s first quarterly income report on Thursday, the company’s CEO said that Google is transitioning — the search-engine giant will become an A.I.-first company.

The measure of the sheer success Google has achieved is that they’re no longer just the guys who do your searching for you — it has become the de facto verb for it. While that isn’t likely to change anytime soon, the company is switching its focus away from search engines to put A.I. development on the forefront.

“We continue to set the pace in machine learning and A.I. research,” said Google CEO Sundar Pichai said in a call [embedded at the end of the article] to investors on Thursday to report the company’s Q1 2017 earnings.

“We’re transitioning to an A.I.-first company.”

So what does this mean for Google, and what does it mean for you? Well, in short, Google wants to become the first totally personalized corporation, tailoring their service to each individual. We’ll probably see machine learning embedded at the core of most of Google’s systems and platforms — such as Google’s Assistant service being merged with Android and Chrome OSs. The goal will be to use machine learning to tailor the devices to each user, timing apps and notifications after their usual schedule or location, personal interests, or other characteristics such as typing habits.

Last year, Pichai said that the ultimate goal of Assistant is that if you ask for a pizza, it will bring you that pizza without any further input or oversight required. The company also has to figure out how to keep increasing the number and sophistication of its machine learning algorithms without increasing energy or mobile data use — which would cripple current devices.

Pichai said they would increasingly rely on Google’s recently unveiled “federated learning” technology. It should allow A.I. to run more efficiently on the limited resources a mobile device can marshal, for example, allowing for a wider range of applications while saving up on battery and bandwidth.

Although Google is looking to focus on A.I., search currently remains its single most profitable platform. But even though they’re shifting focus away from search, Google thinks A.I. would only make its results more relevant and its ads more profitable. It would let them find patterns of search and favorite results more easily, and eventually even predict them. It would let Google not only give you what you ask for but predict what you’ll ask for, even change what you want — if that’s a good thing or not, I guess it’s a question we all have to answer for ourselves.

Still, this answers why Google is moving away from search as its main focus — there’s a lot of profit to be made with machine learning, especially through analysis of search behavior. Everything done online with even a minute involvement of a Google platform will become quantifiable, and monetizable. Until now, they’ve relied on a sort of passive data acquisition with you coming to them, via search, and feeding the data yourself. A.I. will take up the busywork of actively gathering the data.

And the sort of things they can do with this data is amazing. Think about driving home and being prompted with what parking spaces are open near your house in Google Maps. Food shops that cater your absolute favorite kinds of foods in whatever town you happen to be in, or all over the globe on Earth.

But with so much data on their hands, the risk of Google derailing from their founding principle of “Don’t be evil” becomes a lot harder to maintain — and a lot scarier if broken. 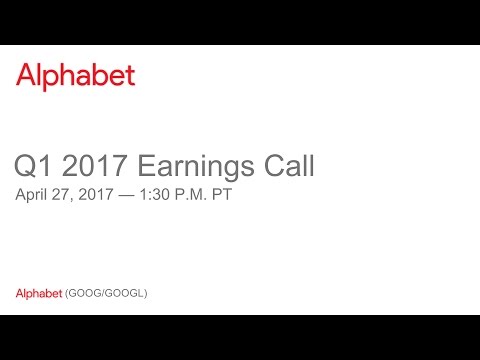