Computer squares off against professional poker players – and loses badly

Even the best chess players are no match for computers these days, but computers are still struggling when it comes to games that have a random or unknown component. In games like Bridge or Poker, humans still hold the crown. Scientists from the Carnegie Mellon University tried to change that, by designing Claudico - a computer program built to defeat humans. But Claudico lost, badly.

Even the best chess players are no match for computers these days, but computers are still struggling when it comes to games that have a random or unknown component. In games like Bridge or Poker, humans still hold the crown. Scientists from the Carnegie Mellon University tried to change that, by designing Claudico – a computer program built to defeat humans. But Claudico lost, badly. 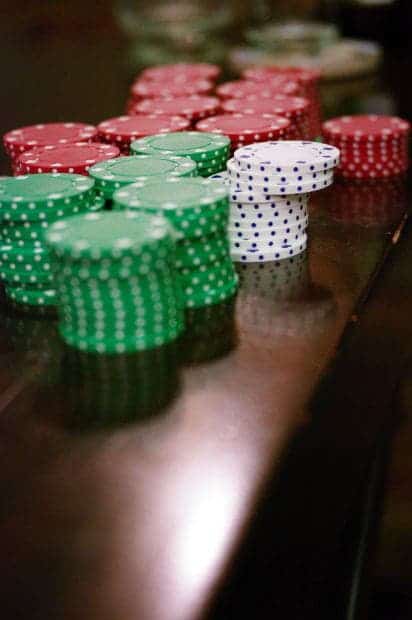 “We knew Claudico was the strongest computer poker program in the world, but we had no idea before this competition how it would fare against four Top 10 poker players,” explains CMU professor computer science Tuomas Sandholm. He directed the development of the Claudico program, adding, “It would have been no shame for Claudico to lose to a set of such talented pros, so even pulling off a statistical tie with them is a tremendous achievement.”

The four pros each played over 20,000 hands with the software, and even though it lost, computer scientists believe the experiment was a complete success; according to them, it’s not a matter of if computers can ultimately win at poker, it’s a matter of when.

“I wouldn’t bet on the humans for too much longer,” said Michael Bowling, a computer science professor at the University of Alberta, Canada, who has developed one of the leading poker programs. “I would say now, after this [tournament] it will take one to three years” for a computer to beat top players, he said. “Up to this point, we just didn’t know how close we were.”

Needless to say, the poker man-vs-AI showdown was watched closely both by poker and AI enthusiasts alike. Humans won 9 of the 13 days of tournament, with a total difference of $732,713 (theoretical money). But when you consider that the total sum involved was over $150 million, that difference suddenly doesn’t seem that big.

Li too seems to believe that humans will eventually start losing at poker against an AI, but for now, he enjoys the fact that humans still rule the tables.

“We know theoretically that artificial intelligence is going to overtake us one day, But at the end of the day, the most important thing is that the humans remain on top for now.”

Doug Polk on the other hand believes that while the computer is definitely a formidable adversary, it still can’t replace humans, and it sometimes behaves completely erratically.

So why is it that computers destroy chess players, but not poker players? Does that signify that poker is somehow more complex then chess? Not really – the difference is in the nature of the game.

“In chess it’s a game of complete information, so when it’s your turn to move you know exactly what the state of the world is, what the state of the game is,” Sandholm said. “In poker, you don’t. This is really to be able to assist humans and companies in interacting, let’s say in negotiation,” Sandholm said. “Wouldn’t it be nice if you had an agent that helped you strategize in the world when you’re buying a car or buying insurance?”

A poker playing AI that would help me buy better insurance? Yep, that sounds good, but for now, researchers need to tweak Claudico’s algorithms.