In Memoriam: A Brief Look at Pre-Google Search Engines 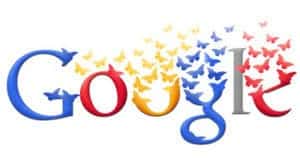 On July 8, 2013, Yahoo!, Inc., officially shut down and sent AltaVista.com to the depths of the internet necropolis, along with other old services that could be treated as irrelevant in today’s technosphere. If you visit the site today, it will automatically redirect you to Yahoo!’s search site, Yahoo.com.

Let’s take a look back to the time when there was no Google. Read along and find out how the Mountain View, CA web giant eclipsed some of the earliest search engines, which, despite their subsequent deaths, were once part of our and internet-powered, dial-up lives.

Introduced in 1995 and headquartered in Palo Alto, CA, AltaVista is an early web search portal that enjoyed popularity for a while. It even became an exclusive search provider for Yahoo! and was responsible for providing the Babel Fish service, a groundbreaking web-based machine translation solution capable for translating text and web pages into various languages.

Established in 1994, Lycos started out as a research project by Michael Loren Mauldin of Carnegie Mellon. It became one of the most visited ad-supported web portals in 1999, and was quickly recognized as one of the most lucrative internet-based businesses in the world. Throughout its heyday, the company acquired several important internet brands such as Wired Digital (Wired Magazine) and then-famous ad-supported email and web hosting services Angelfire and Tripod.

Created in Berkeley, CA by two co-founders, Garrett Gruener and David Warthen, Ask Jeeves started out as a web search service focused on question answering. Later, it expanded into general search. The name was based on Jeeves, a fictional character who worked as a valet in the works of British author P. G. Wodehouse. At some point, Ask Jeeves succumbed to the practice of installing malware on its toolbar product, eventually causing site visits to dwindle down. In 2010, it abandoned the search engine arena and returned to its question answering roots as Ask.com, citing stiff competition with Google as the main reason for the rehash.

MSN Search is the search engine offering of software giant Microsoft launched in 1998. Although not completely out of the search portal game, it has undergone too many changes for people to even remember what it was originally. From MSN Search, it became Windows Live Search, and then Live Search. Today, if you want to do a search on phone service providers on MSN, the web search brand Bing will automatically do the job for you.

This Russian internet search engine was named after a shortened form of the phrase “Yet Another Indexer.” Incorporated in 2000 as a standalone company but launched as a web service in 1997, Yandex has a 60% market share in the search industry of Russia in terms of traffic, with revenues coming mostly from online advertising. At some point, it even tried to challenge Google by setting up a dot com version of its existing domain, Yandex.ru, due to the advanced technology used in its servers that enables it to compete on a global scale.

So, which of these search engines did you use before Google?