by Mihai Andrei
in Research, Technology
Reading Time: 2 mins read
A A
Share on FacebookShare on TwitterSubmit to Reddit

Whether you’re a fan of Apple or really hate them, you have to admit there’s been a lot of fuss surrounding the iPAD. Announced as a project for more than 20 years, it’s bound to either be a major hit or a major fail. Despite numerous speculations, Apple really kept their secrets, throwing a veil of expectation over the whole thing. Just minutes, ago, it all went official. 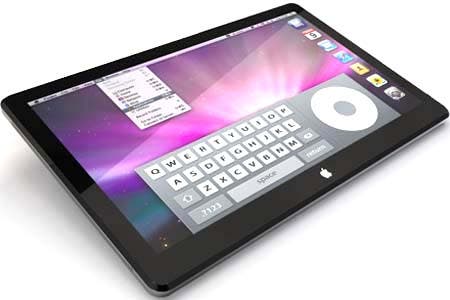 “It’s so much more intimate than a laptop and so much more capable than a smart phone,” Jobs said Wednesday at the device’s highly anticipated debut in San Francisco.

Basic features include a 9.7-inch touch screen, WiFi, Bluetooth, 16 (or 32 or 64) gigabytes of flash memory; the whole thing weighs about 1.5 pounds. Steve Jobs took the iPAD for a “test drive”, demonstrating how you can surf the web (using Apple’s Safari browser, of course), flip pictures, etc. Jobs also claims the tablet is better for reading books, playing games and watching videos than a smartphone or even a laptop. However, Apple’s CEO didn’t announce a price tag or when it will become available.

Rather than an inovation, this is a major redesign, because computer tablets have existed for a whole lot of time now. The iPAD will have to convince and educate consumers, and in order to facilitate this, all iPHONE apps will work on the iPAD.

“In order to really create a new category of devices, those devices are going to have to be far better at doing some key tasks,” Jobs said. “Otherwise it has no reason for being.”

“We think it’s going to be a whole ‘nother gold rush for developers as they build applications for the iPad,” said Scott Forstall, an iPhone software executive.

I find the idea kind of interesting, especially if you travel a lot (which I do); the battery lasts quite a lot, it’s smaller and easier to carry. However, it will probably come at a spicy price tag. Apple didn’t reinvent the wheel, but they reinvented the computer tablet; it remains to be seen how this works out.