by Henry Conrad
in Offbeat, Science
A A 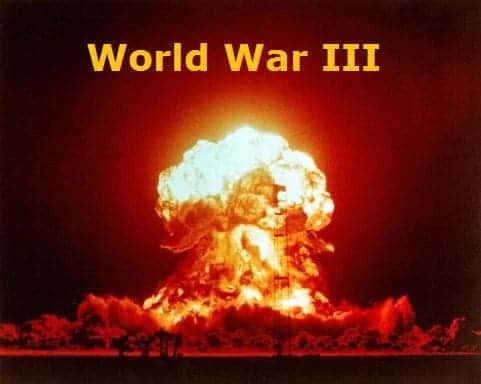 Somewhere in the far reaches of space (or perhaps in some realm that we have yet to discover), a bunch of really bored cosmic dudes are probably watching us right now. Heck, they’ve probably had their eyes on us for thousands (or even millions) of years already; and they possibly have enough data to compile a list of things that humanity is really good at. If I were in a betting mood, I’d put my money on “being resourceful,”  “doing very stupid things,” and “killing everything and anything and each other and, oh my, what a destructive pack of little monsters” being on the list–with the last one being ranked much higher than the other two. Like it or not, we all seem to have a Midas touch of sorts, if Midas didn’t turn things into gold and made them dead instead.

Scientists seem to be particularly adept at this. Considering the number of experiments gone wrong over decades of scientific innovation, I wouldn’t be surprised if science ends up having a higher body count than a mansion full of Jack the Rippers. Unfortunately for everyone who isn’t wearing a radiation suit 24/7, the scope and magnitude of the destructive powers of science has a directly proportional relationship with the complexity of the experiment. That’s why a hydrogen bomb test led to the irradiation of a few islands (and the subsequent conceptualization of Godzilla), while the Chernobyl disaster resulted in radioactive sheep and mutated plant life.

Here are three almost-technopocalypses that should make you think about how lucky we are to even still be alive (or wonder why we all don’t have six arms and eyes on our butts yet).

The Experiment That Almost Started a War

The thing about rockets is that, no matter how benign or unarmed they are, they ALWAYS look threatening. Unfortunately, that’s something that scientists in Norway failed to grasp. They launched a research rocket to study the aurora borealis in January of 1995 and, when the Russians picked up the rocket on their radar, it looked nothing like a research tool. In fact, it looked like concentrated ballistic hatred torpedoing towards them. They understandably panicked, which led to President Boris Yeltsin preparing his briefcase loaded with nuclear codes – a “trigger” of sorts, for the sole purpose of unleashing unholy nuclear Armageddon upon the world.

Luckily, the rocket just kind of dropped harmlessly into the ocean…about a minute before Yeltsin could nuke the heck out of everything in retaliation. I guess the whole thing could have been avoided if somebody bothered to give the President’s business phone a ring and tell him to “keep calm and carry on” (and keep his finger off the “Initiate Blow-Up-The-World Protocol” button) despite the cheerful illusion of steel-clad death hurtling towards him.

Any war veteran would tell you that wandering off into enemy territory all by your lonesome is generally a terrible idea. Even more horrifying would be the prospect of getting lost and then winding up staring down the business end of about a dozen missiles. That’s what almost happened to an American pilot during the heat of the Cuban Missile Crisis. In October of 1962, an American U-2 pilot was sent to grab a few radioactive materials from the Soviets over the Arctic. Unfortunately, the North Pole doesn’t like it when other magnets, such as compasses, are in close proximity and pose even the slightest threat to its dominance (making it the geographical equivalent of Snow White’s stepmother). The “jealous” pole ended up making the plane’s navigational system go completely bonkers. It didn’t help that the U-2 was well-known for being a “temperamental” plane (flimsy and particularly difficult to fly under harsh conditions). As a result, the pilot got lost and found himself in absolutely unfriendly Siberian airspace. This was a very bad thing, especially since the White House had strict orders to stay 100 miles away from Soviet airspace in order to prevent igniting another world war. It took a bunch of F-102 jets (armed with missiles, of course) to retrieve the lost U-2 and deliver him from certain Soviet death… and the world from nuclear doom.

The last entry on this list is another incident from October of 1962. As mentioned earlier, it was the heat of the Cuban Missile Crisis, and everyone was tense (and had their fingers on their triggers, ready to blow each other up at a moment’s notice). An intruder in a Duluth air base set off an alarm that had pilots scrambling to their feet and anticipating Soviet bombers left and right. Fortunately for the world, it turned out to be a false alarm – otherwise, it would have gone down in history as the alarm that started the third World War. The shadowy intruder turned out to be a bear. That would have been funny, if it didn’t mean that the US and the Soviets almost ended up laying nuclear waste to the world over Yogi Bear’s totally average cousin.