How NASA might save the world from killer asteroids

by Mihai Andrei
in News, Space
Reading Time: 3 mins read
A A
Share on FacebookShare on TwitterSubmit to Reddit

It almost looks like a sci-fi movie; in a small, crammed room at the Goddard Space Flight Center, a group of brilliant NASA researchers are discussing ways to protect our planet from dangerous asteroids. But this is not a movie, it’s reality – and it’s happening now. So how big is the threat from asteroids? Spoiler alert: you shouldn’t waste any sleep on it. 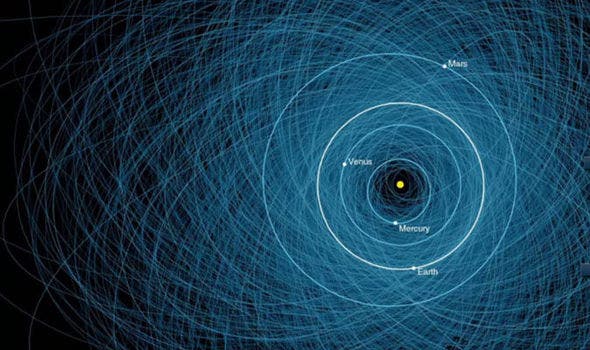 This diagram was revealed after astronomers reported a 1km space rock called Icarus which “brushed” past Earth this week. Every single line is the orbit of an asteroid large enough to cause major damage to the Earth and threaten all life on it. NASA also stated that many more asteroids exist but aren’t included in this diagram, either because they haven’t been discovered yet, or because their orbit hasn’t been mapped.

“This is a startling image. These are the potentially hazardous asteroids that surround us and we are keeping an eye on to make sure they do not hit us. This is a really amazing figure to see that many lines that we are keeping our eye on.”

Astronomer Bob Berman also commented on the limitations of this image.

“Absolutely, I wish we could see it in 3D as we can’t see how many of them cross our path in each dimension, but if it is in this diagram it means they can cross our path and can hit us and that is a lot of them. If a half mile object like icarus hit it would be a very band day for Earth indeed.” He also said the orbits were unpredictable, adding: “They do not have nice round orbit like our own planet, some go in then come out.”

All in all, according to Jason Kessler, NASA’s director of the Grand Challenge, we know of 12,706 Near Earth Objects (NEOs) — or asteroids — that could come close to Earth.

“Of those 1,593 are potentially hazardous, meaning they might cross earth’s path,” he said.

So why then, shouldn’t we worry? 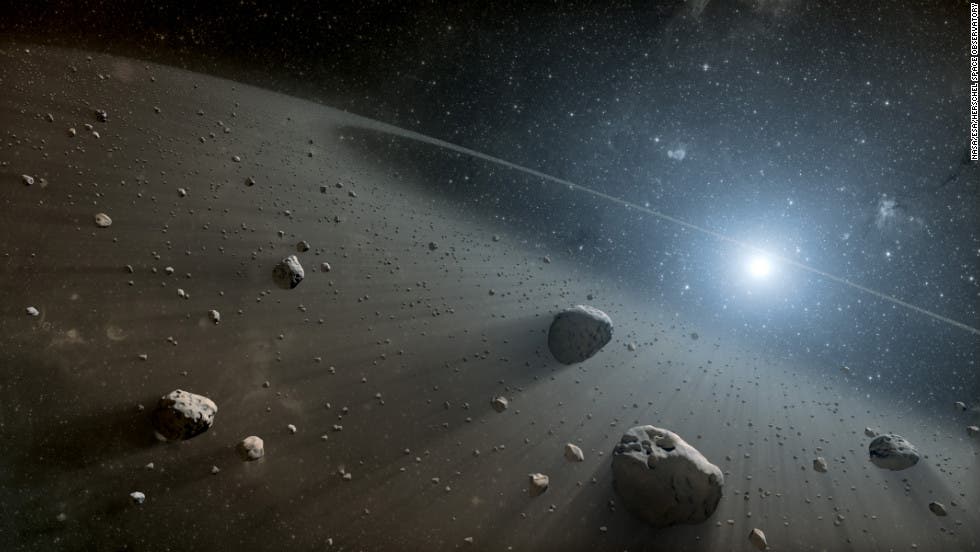 NASA religiously monitors lose asteroid fly-bys but does not believe we are in danger of actually being hit by one of them for at least a few hundreds of years. Also, even if one asteroid was set to collide with Earth, there are things we could do. Astronomers are actually considering trapping an asteroid and bringing it safely to Earth, which is much more complicated than simply deflecting it.

“We have the technologies to be able to do it, and the same technology is needed to capture asteroids,” said Ben Reed, who heads up the team that is developing NASA’s Asteroid Robotic Redirect Mission.

He and his team are working on an asteroid lander which could be programmed to change its course and follow rogue asteroids. The lander could use thrusters or its own gravitational pull to make slight changes to the asteroid’s orbit – enough to deflect it from a dangerous trajectory. The same technology could be used to extract a piece from the asteroid and bring it back home for study.

Reed then went on to discuss potential hazards, and expressed a reassuring opinion:

“We have the technologies to mitigate any potential threats,” he said. Kessler said though the data sounds menacing, “Nothing we know of is threatening Earth right now.”