by Mihai Andrei
in Astronomy, Space, Space flight
Reading Time: 3 mins read
A A
Share on FacebookShare on TwitterSubmit to Reddit

A huge asteroid will make a ‘cosmic brush’ on Earth, closing in on our planet at a distance of only a few million kilometers.

The massive asteroid, named 2012 LZ1, will buzz Earth Thursday, and amateur astronomers without any equipment can watch the flyby on the Slooh Space Camera’s website. It will be a close brush in astronomic terms; the asteroid which is nearly as large as a city block will not pose any threat whatsoever to any parts of our planet, but according to NASA astronomers, it could provide extremely valuable information for future asteroid threats, especially as it is one of the biggest asteroids to pass our planet since we are able to observe them. 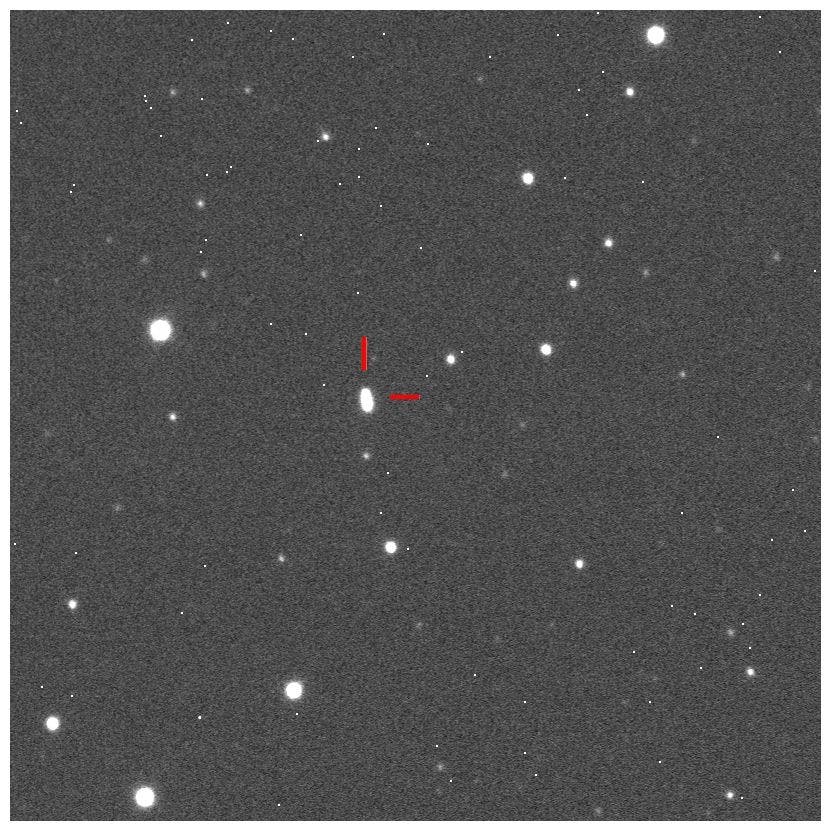 “Once in awhile one will come out of nowhere like this one, which is actually pretty big,” said Patrick Paolucci, president of the skywatchers’ site Slooh. “We were like, ‘Wow, we should track this one,”” he added.

According to him and other researchers from NASA, the asteroid has been has been “nudged by the gravitational attraction of nearby planets into orbits that allow them to enter the Earth’s neighborhood.”
. The asteroid will pass just outside of the Moon’s orbit, which is viewed as an important reference for asteroid hunters and astronomers.

For amateurs astronomers who want to follow the even themselves, things aren’t easy at all, but it can be done.

“It’s not going to be like some fireball streaking through the sky,” Mr. Paolucci said.

“You’re going to need decent equipment to see it. You couldn’t track it with a hundred-dollar retail telescope from Walmart. But you could probably do it if you spent thousands of dollars [on equipment] and [you] know how.”

Even though it will not pose any threat to Earth, the asteroid has been classified as a potentially hazardous asteroid (PHA); currently there are some 4,700 PHAs, with diameters greater than 100 meters in our solar system that we know of.

“The NEOWISE analysis shows us we’ve made a good start at finding those objects that truly represent an impact hazard to Earth,” said Lindley Johnson, program executive for the Near-Earth Object Observation Program, in a statement. “But we’ve many more to find, and it will take a concerted effort during the next couple of decades to find all of them that could do serious damage or be a mission destination in the future.”

Of course, we may be missing some, and of course, with more funding for NASA instead of less, our odds of finding potential threats grow significantly. But useless wars are more important than that, aren’t they?