Asteroid to make close fly-by on Feb 15, no reason to worry

by Mihai Andrei
in Astronomy
Reading Time: 2 mins read
A A
Share on FacebookShare on TwitterSubmit to Reddit 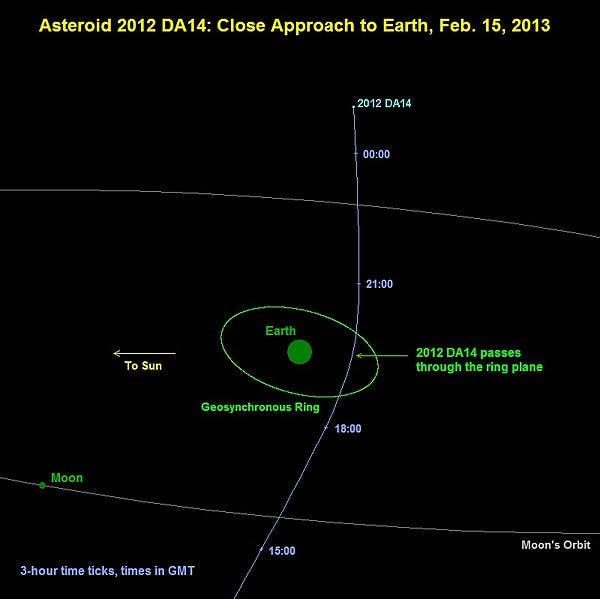 However, astronomers warn against worrying and creating a doomsday-ish panic. The asteroid named 2012 DA14, is a space rock weighing roughly 143,000 tons, measuring less than 50 meters across, making it about half as big as a football field. The uncertainty surrounding the orbit of this asteroid is just 150 km, so at worst, it will pass at 26.500 km away; there is a 1 in 7,692,308,000 chance of 2012 DA14 impacting Earth. However, there is some slight danger for geosynchronous satellites, but it’s estimated that the asteroid will pass closer to Earth than them.

If a similar asteroid were to hit our planet, it would produce the equivalent of 2.5 megatons of TNT. The Tunguska event that took place in 1908, in Siberia, is estimated to have had an energy of 5 to as high as 30 megatons. It’s estimated that an asteroid or similar body of this size hits Earth about every once in 1200 years.