by Mihai Andrei
in Alien life, Astronomy
A A

After finding no methane in the Martian atmosphere, Curiosity has shown that the soil and dust on the surface of the Red Planet contain a few percent water, judging by weight. Yes, yes, I know, Curiosity has found signs that water flowed on Mars sometime during its past (1, 2, 3), but this time, it has found actual, direct evidence of water. 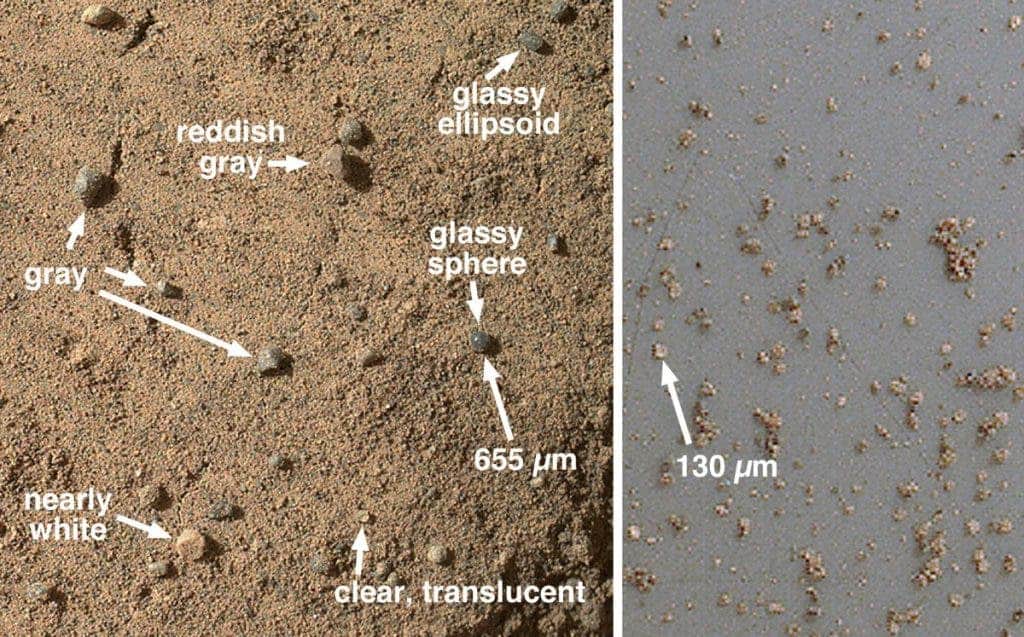 The rover found that judging by weight, the surface of Mars contains some 2 percent water – this could mean that future, pioneer astronauts could extract 1 liter of water from 0.05 cubic meters. The sample Curiosity analyzed also revealed significant carbon dioxide and sulphur compounds.

“One of the most exciting results from this very first solid sample ingested by Curiosity is the high percentage of water in the soil,” said Laurie Leshin, lead author of one paper and dean of the School Science at Rensselaer Polytechnic Institute. “About 2 percent of the soil on the surface of Mars is made up of water, which is a great resource, and interesting scientifically.”

The results were part of a five-paper special edition on the Curiosity mission and were published today in Science. They don’t mention this, but some of you might find interesting to know that most of this water is probably frozen; in its warmest areas, Mars is about as cold as Alaska, and in its coldest areas, it’s like anything else on Earth.

The technical achievement in itself is huge. Curiosity is the first man-made equipment on Mars which can gather and process samples of soil. In order to do this, the rover employs the Sample Analysis at Mars (SAM) instrument suite, which includes a gas chromatograph, a mass spectrometer and a tunable laser spectrometer. These tools are able to identify a wide range of chemical compounds and also determine the ratios of different isotopes. 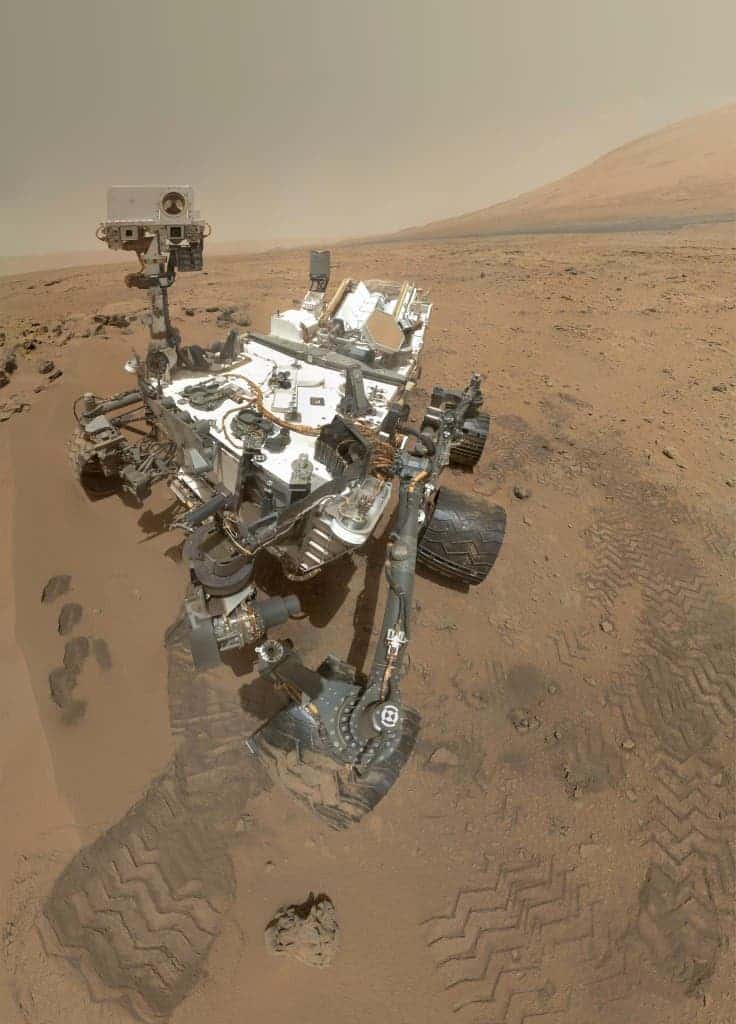 “This work not only demonstrates that SAM is working beautifully on Mars, but also shows how SAM fits into Curiosity’s powerful and comprehensive suite of scientific instruments,” said Paul Mahaffy, principal investigator for SAM at NASA’s Goddard Space Flight Center in Greenbelt, Md. “By combining analyses of water and other volatiles from SAM with mineralogical, chemical and geological data from Curiosity’s other instruments, we have the most comprehensive information ever obtained on Martian surface fines. These data greatly advance our understanding surface processes and the action of water on Mars.”

SAM also detected some organic materials in the rock sample as well – carbon containing chemicals that are the building blocks of life on Earth; but don’t get your hopes up – these are simple, chlorinated organics that likely have nothing to do with Martian life. As a matter of fact, they are probably the result of forms of life which came from Earth and reacted with a toxic chemical called perchlorate. NASA’s Phoenix lander spotted perchlorate near the North Pole, and now Curiosity spotted it near the equator, so the substance is probably spread evenly across the planet. The presence of this chemical is an obstacle future missions will have to overcome.

“Perchlorate is not good for people. We have to figure out, if humans are going to come into contact with the soil, how to deal with that,” she said. “That’s the reason we send robotic explorers before we send humans — to try to really understand both the opportunities and the good stuff, and the challenges we need to work through,” Leshin added. 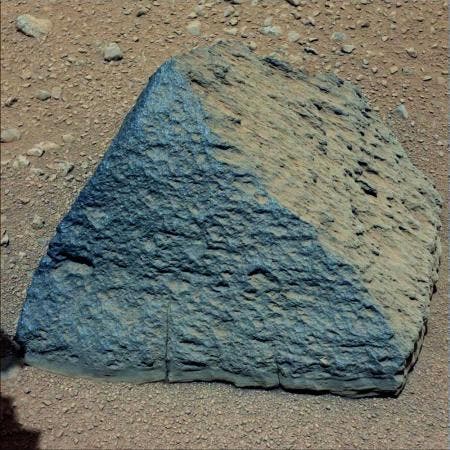 Curiosity is more than a one-trick pony – it’s not only about analyzing the possibility of life on Mars, it’s also about understanding the geologic setting of the planet. Another one of the five papers detailed a rock found in October 2012 – an igneous type of rock, which was never before seen on Mars, but is rather common on Earth, on oceanic islands or where the crust is thinning out.

“Of all the Martian rocks, this one is the most Earth-like. It’s kind of amazing,” said Curiosity lead scientist John Grotzinger, a geologist at the California Institute of Technology in Pasadena. “What it indicates is that the planet is more evolved than we thought it was, more differentiated.”

Chemical tests conducted on the pyramid rock showed that it is highly enriched in sodium and potassium, making it chemically alkaline. Geologists are now fairly certain this is a type of basalt called mugearite. However, despite the massive implications this rock can carry, researchers don’t want to get carried away, as this is only one sample and may be an exception; still, if it isn’t, than this would put the entire Gale Crater in a new perspective, and would indicate that the inside processes and chemistry of Mars are far more similar to Earth than what was previously believed.