Study: Mars got its water the same place Earth did – meteorites

by Mihai Andrei
in Chemistry, Geology

A study conducted by researchers from the Carnegie Institution for Science concluded that both Earth and Mars got their water from the same source chondritic meteorites. However, unlike Earth, Martian rocks containing atmospheric volatiles such as water don’t get recycled into the planet’s deep interior. 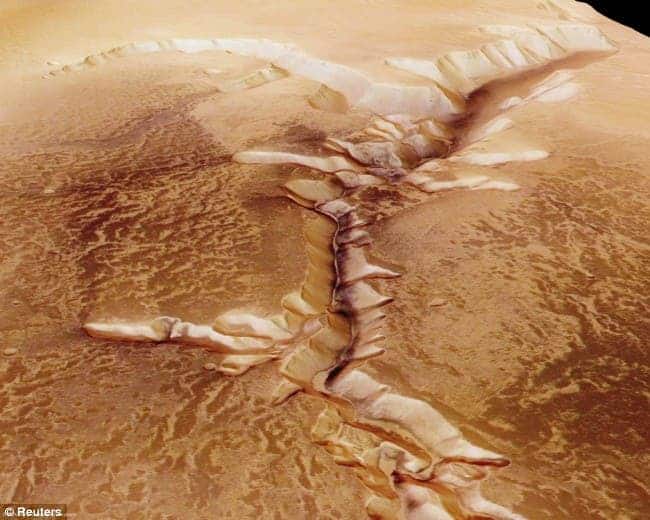 The origin, history, and evolution of Martian water are pretty much a hot topic of debate. Although the Red Planet’s canals practically scream “we had water”, that terrain is pretty ancient, so while early Mars might have been all warm and wet, not, it’s just cold and dry.

Researchers analyzed water concentrations and hydrogen isotopic compositions trapped inside crystals within two Martian meteorites known as shergotites; one of the meteorites was rich in rich in elements such as hydrogen, and the other depleted. The two meteorites, pristine samples of various Martian volatile element environments, contain trapped basaltic liquids. However, the rich one of them has a hydrogen isotopic composition similar to that of Earth, and it appears to have changed little on its way from the Martian mantle up to the surface of Mars. The other one, however, appears to have sampled Martian crust that had been in contact with the atmosphere. So one of them had samples from the deeper parts, when Mars originally formed and had water, and the other one resembled recent Mars, with a dry environment.

“There are competing theories that account for the diverse compositions of Martian meteorites,” says researcher Tomohiro Usui. “Until this study there was no direct evidence that primitive Martian lavas contained material from the surface of Mars.”

Since the hydrogen isotopic concentration was very different, the team believes that Martian surface water has had a different geologic history than water from the interior. The concentration of pure water are also very different – one of them had 10 times more water than the other one, so it’s becoming increasingly clear that Mars had two different stages in its evolution.

“To understand the geologic history of Mars, more information about both of these environments is needed,” Carnegie’s Conel Alexander said.