Trump puts USA against the world, withdrawing from the Paris Agreement

To put it in Trump language: It's a big, big decision which will have bad, bad consequences. SAD!

After Donald Trump announced that he will pull out of the Paris Agreement, the US joins Syria and Nicaragua as the only countries not part of the global effort to reduce greenhouse gas emissions.

Despite the will of 71% of the American people, despite massive opposition from the corporate sector, despite international pressure, and despite a crushing scientific consensus, Trump took it upon himself to withdraw the United States from the Paris Agreement, the international effort to reduce global warming.

“The bottom line is that the Paris Accord is very unfair at the highest level to the United States,” he said. “I was elected to represent the citizens of Pittsburgh, not Paris,” Trump continued. “I promised I would exit or renegotiate any deal which fails to serve America’s interests.”

Pope Francis, Ivanka, Tillerson, U.S. CEOs, Merkel, Macron and science could not convince Trump to stay in Paris climate accord.

As always, his speech was riddled with platitudes and hyperbolic adjectives. The agreement is “bad,” he “loves the environment” but he also “loves coal mining,” “billions and billions” — the usual; but at the bottom of it all, Trump coated everything as if the entire world was against the US and the Paris Agreement is just a way for the world to screw up America.

“The bottom line is that the Paris accord is very unfair to the United States. It is transferring coal jobs to foreign countries,” Trump added, reading from a script.

National and international reaction was swift and ubiquitously damning. China and Europe said that even without Trump, they’re willing to continue the fight on climate change and stick to the accord. Even Israel, perhaps the closest ally of the US, said they will continue working within the Paris framework, no matter what Trump does. The idea is simple: this is an international effort, and victimizing yourself does no favors. Isolating yourself also does no favors. The world is moving in one direction — if you want to move the other way, so be it.

“It will threaten our credibility in the world,” said Nicholas Burns, a former U.S. diplomat and professor of international politics at Harvard University. “It may begin to create the impression that China is a more responsible country than the United States, and it might give a real boost to the Chinese because we will be seen as not doing our part on the biggest global problem.”

There’s no way to truly enforce the Paris Agreement. Basically, countries agree to reduce their carbon footprint, but if they fail to do it… aside from diplomatic leverage, there’s nothing that can really be done. So if Trump didn’t like the agreement, he could just disregard it and keep up with business as usual. But this is a clear signal, a message of separation and recklessness from the US which is basically saying “it’s not just that we don’t care about the planet, we want everyone to KNOW that we don’t care.”

Why Trump is wrong — on so many levels

If there’s one thing that Trump has done (hats off to him), is unite the rest of the world. It’s extremely rare for Europe, China, Australia, and Russia, for instance, to be on the same page when it comes to anything.

Point in case: Trump also said that he is willing to re-enter the pact, but only if he’s allowed to renegotiate it. “If we can get a deal, that’s great. If not, that’s fine,” he commented. Something like this, world leaders say, is impossible. Italy, Germany, and France have issued a joint statement (an extremely rare occurrence) saying that this just isn’t possible. You can’t renegotiate an agreement with all the countries in the world just like this.

“We deem the momentum generated in Paris in December 2015 irreversible and we firmly believe that the Paris Agreement cannot be renegotiated since it is a vital instrument for our planet, societies and economies,” the leaders of the three countries said in a rare joint statement.

UN officials were also trenchant in their statements, saying that Trump showed that he just doesn’t understand how international treaties work.

“I would call it a vacuous political melodrama,” Christiana Figueres, former executive secretary of the UN Framework Convention on Climate Change, said of President Trump’s speech. “Apparently the White House has no idea how an international treaty works,” she said. 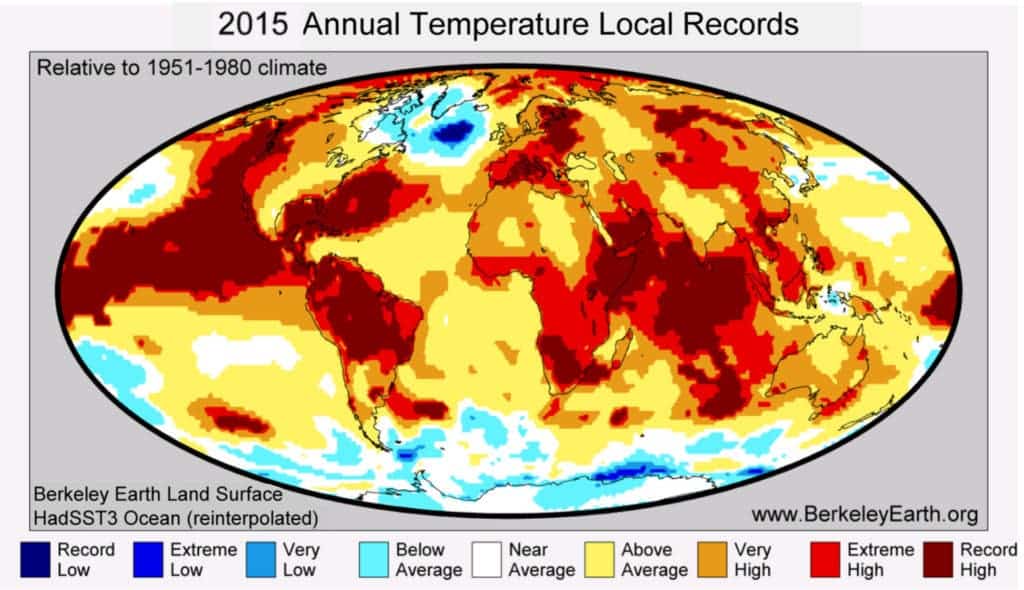 When it comes to the motivation, Trump was also off point. He said that:

“We certainly do not support the withdrawal of the U.S. from the Paris agreement,” said Erwan Monier, a lead researcher at the MIT Joint Program on the Science and Policy of Global Change, and one of the study’s authors.

“If we don’t do anything, we might shoot over 5 degrees or more and that would be catastrophic,” said John Reilly, the co-director of the program, adding that MIT’s scientists had had no contact with the White House and were not offered a chance to explain their work.

A day history will remember

Although Trump’s announcement sent ripples through the world, the agreement itself didn’t shake. Actually, most world leaders already, in less than a day, reiterated their support for their agreement — with or without the US. Because with or without the US, and whether some people understand it or not, climate change is a scientific reality. We know it because more than 20,000 peer-reviewed papers have been published in scientific journals. We know it through the effect it’s having on wildlife, through extreme weather events, and we know it because we can see it. We monitor it, and we just see the temperatures going up. It’s not a matter of not understanding it, it’s a matter of not wanting to understand it.

The world will move on, as it seems that two turning points have finally been reached. First of all, renewable energy is getting cheap enough. Cheap past the point that it is becoming a viable alternative, whether you’re a fan of coal or not. But perhaps just as importantly, the momentum (both political and social) has reached critical mass. We’re in a race against the clock when it comes to global warming, a race we either have to win or face devastating consequences. The US used to be at the front of the pack, but now they’ve stepped down, willingly. The race, however, will go on, and someone else will lead it.

“Today’s announcement has galvanised us rather than weakened us, and this vacuum will be filled by new broad committed leadership. Europe and its strong partners all around the world are ready to lead the way. We will work together to face one of the most compelling challenges of our time.

We will do it, together. We are on the right side of history.”