Climate change has never been more polarized by partisan belief. Say ‘thanks’ to mainstream media

Partisan belief is promoting anti-science views which might cost us all dearly.

by Tibi Puiu
in Climate, News
Reading Time: 6 mins read
A A
Share on FacebookShare on TwitterSubmit to Reddit 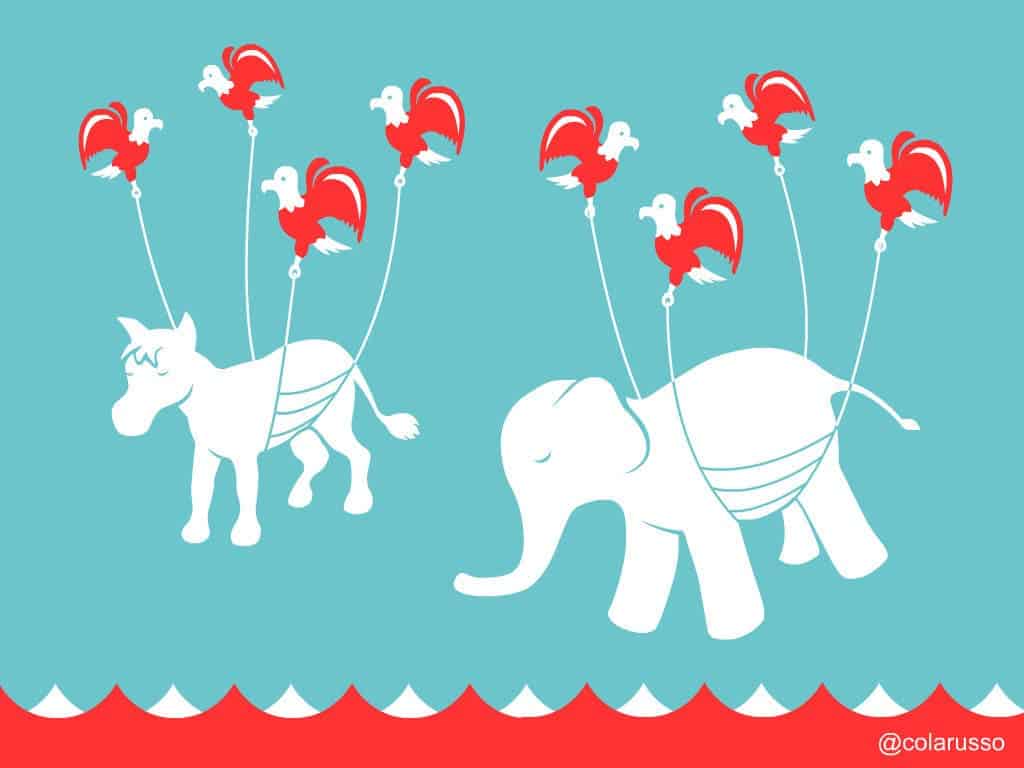 When partisan belief buries heads in the sand

In 2007, a number of events unfolded that, for a moment at least, gave the impression that the American society was waking up and approaching a tipping point in how it views climate change. Al Gore’s movie An Inconvenient Truth won the Academy Award for Best Documentary Film, Barrack Obama was elected as President following a campaign that strongly emphasized climate awareness, and environmentalists had become more active and recognized. By the following year, public concern about global warming rose to levels not seen since the late 1990s. But an upsurge in climate change denial swung the pendulum, and the momentum gathered in 2007 was lost. With it, many environmental policies were shelved due to lack of support, both in Congress and among the public.

The worrying trend of partisan polarization has been the focus of some social scientists for some time now. Specifically, partisan polarization has been strengthened by the tendency of Americans to treat party identification with social identity. For instance, people might view themselves not only in relation to their career, family, and personal history, but also in relation to being Republican or Democrat. In other words, most people will adopt the party’s main rhetoric on a leading issue, instead of reaching an unbiased conclusion following diligent, skeptical research.

Since Obama took office, we’ve been in a period of heightened partisan polarization due to the media’s ’50/50′ coverage, but also because of the 2008 recession whose economic downturn dwindled climate concern. Gallup polls on climate change, which are made every year and ask correspondents about how worried they are about climate change, show fluctuations in the partisan gap.

“The partisan gap in personal worry was sizable in 2001 (22 percentage points), and then grew substantially in 2006 and 2007, as the percentage of Democrats expressing a great deal of worry rose rapidly. Despite a decline in worry among both Republicans and Democrats since that year, a large partisan gap has persisted—with some lessening from 2011 to 2013—and now stands at 35 percentage points, compared to 29 in 2008. Once again, there is no evidence of decreased polarization as we reach the end of the Obama era,” the Oklahoma State researchers wrote. 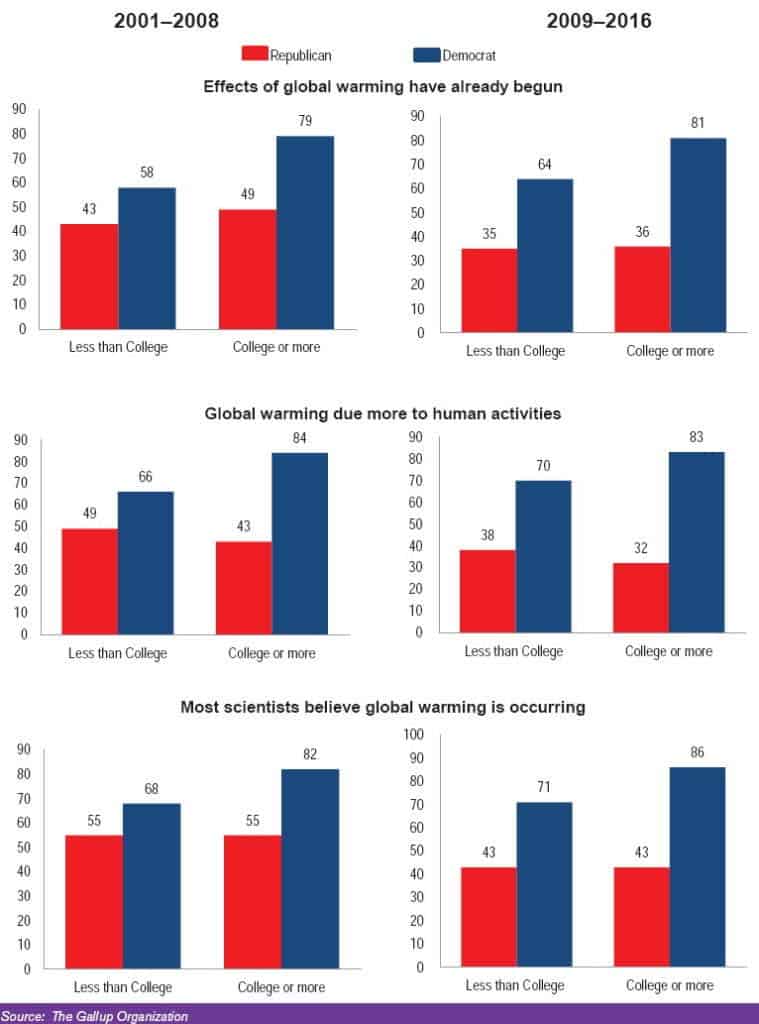 The gap in partisan belief surrounding climate change — essentially a scientific topic which ought to be exempted from ideological thinking and debate — paints a divided America: red and blue.

No other developed country in the world comes close to this level of dividedness. Pew Research Center survey which polled people from 40 nations that account for 76% of the world’s population found global warming is a very or somewhat serious problem for most people, and they overwhelmingly want action to curb greenhouse gas emissions.

This state of affairs seems to be amplified by the politicians themselves. “What was once a modest tendency for Congressional Republicans to be less pro-environmental than their Democratic counterparts has become a chasm,” the researchers note in their paper. Almost unanimously Republicans in Congress take anti-environmental stances on relevant legislation in recent years, especially 2015. That’s somewhat expected given the Republican party today is one a mission to protect its donors’ interests, among them the fossil fuel industry.

While politicians most often than not voice the concerns of their voters, whom they theoretically represent, Republican congressman can influence their voters too. By appearing in the media and campaigning in the street, politicians often promote an anti-science rhetoric and prey on partisan belief.

“Their successful efforts not only helped to block national legislation and to limit Obama’s ability to commit the U.S. to international agreements, but they led to skepticism and even denial of human-caused climate change becoming normative among Republican elites and activists. This has produced a Republican Congress that provides a sturdy legislative wall against Obama Administration climate change initiatives, and in general does its best to undermine growing evidence of the seriousness of climate change,” the paper reads.

“Republican antipathy to governmental regulations, combined with enormous campaign contributions to the GOP from fossil fuel interests,86 means that most Republican politicians have strong ideological as well as material reasons for opposing measures to reduce greenhouse gas emissions, in addition to pressure from party activists and voters,” the authors add.

Then, of course, is the conservative media which gives little coverage to climate change and when it does it often skews facts. One prime example is the Rupert Murdoch-owned Wall Street Journal. A report made by Media Matters found:

Out of 93 climate-related opinion pieces published in the Journal during the time period examined, 31 featured climate science denial or other scientifically inaccurate claims about climate change (33 percent) 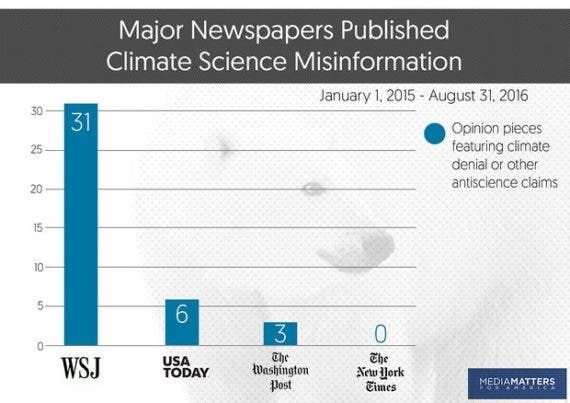 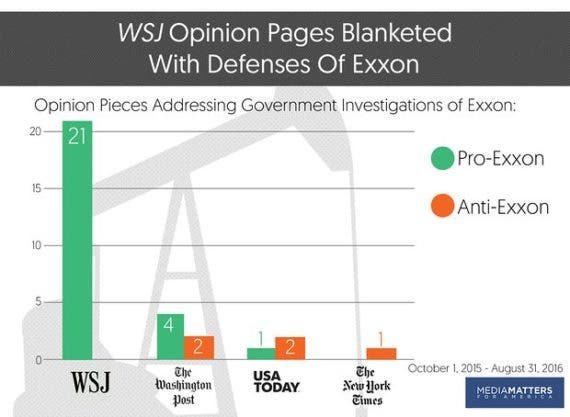 No bright horizon in sight

If you thought Republican climate change deniers might be swayed to change their position if they’re faced with more freak weather or rising temperatures, think again. The authors of the study say “evidence thus far does not provide much support for optimism.”

All of this is worrying, and what makes it worse is that there’s no clear solution in sight. Partisan belief is just too ingrained into our heads and might be the downfall of us all. Previously, a study presented on ZME Science suggested curiosity and not how much science you know is the best predictor of unbiased opinion in a polarized situation, like global warming or fracking. But if not even reports of the hottest months on record — which literally happen almost every year to the point I’m almost fed up with writing about them — convince the general public climate change deserves their immediate attention, I don’t know what will.