This August was the hottest one on record

In 136 years of continuous measuring, this is the hottest August ever recorded.

In 136 years of continuous measuring, this is the hottest August ever recorded. To make things even worse, this isn’t even unexpected. 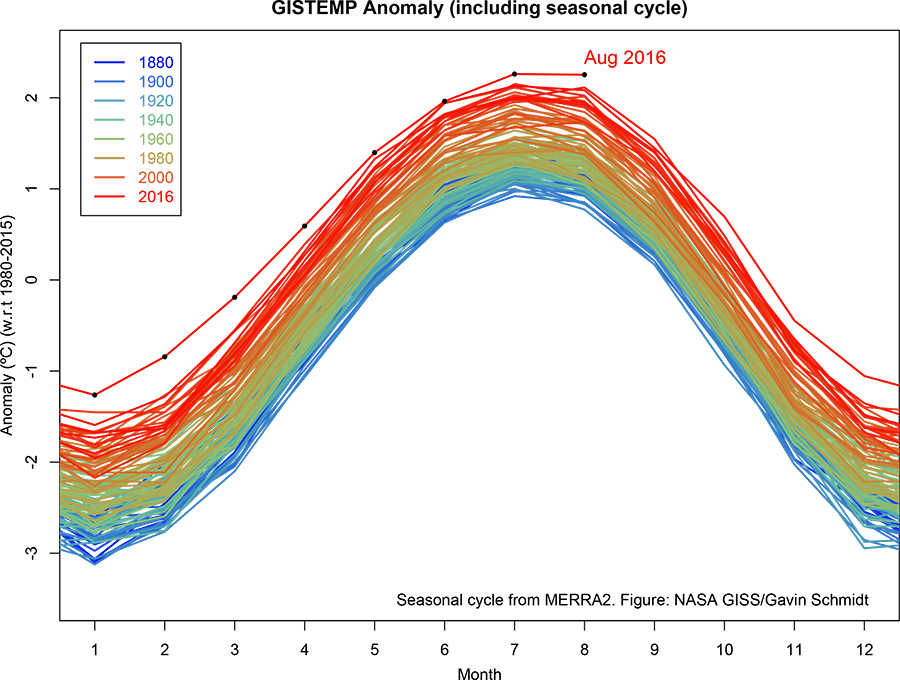 NASA’s Goddard Institute for Space Studies (GISS) released the official data yesterday, mentioning that although July is almost always the hottest month of the year, August 2016 is tied with July 2016 as the hottest month in recorded history. The monthly analysis by the GISS team is assembled from publicly available data acquired by about 6,300 meteorological stations around the world, ship- and buoy-based instruments measuring sea surface temperature, and Antarctic research stations. The modern global temperature record begins around 1880 because previous observations didn’t cover enough of the planet.

But more significantly than individual months, the overall trends are very telling. We’ve had an incredibly hot year. The last ten months were the hottest on record and July was the hottest ever, before this August came in.

“Monthly rankings, which vary by only a few hundredths of a degree, are inherently fragile,” said GISS Director Gavin Schmidt. “We stress that the long-term trends are the most important for understanding the ongoing changes that are affecting our planet.”

While this is no surprise, it’s extremely worrying. President Obama has called this trend “terrifying” and we’re seeing the effects all around us: the Arctic is suffering, the oceans are suffering, and humans are starting to suffer as well. The Earth’s excess heat is produced by humans, with a boost from a strong El Niño event. 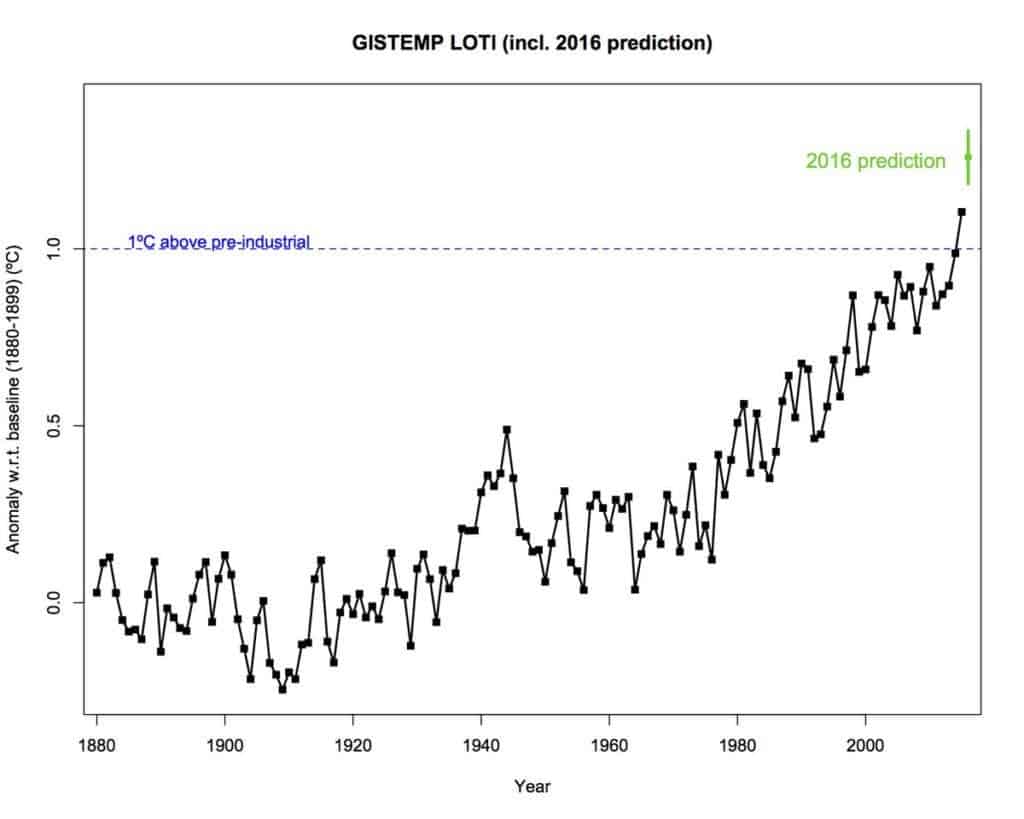 The year as a whole is set to become a sad record, being by far the hottest in the past century. Despite an agreement last year in Paris to limit global warming, the response has been slow – too slow, many would argue. If we don’t take serious and direction action swiftly, then news like this will become more and more common, and our planet will continue to heat up more and more.