World’s biggest beaver dam can be seen from space

The biggest beaver dam is (get ready folks), twice as long as the Hoover dam, measuring 2,790 ft (over 800 meters; in fact, it’s so big that you can even see it from space. 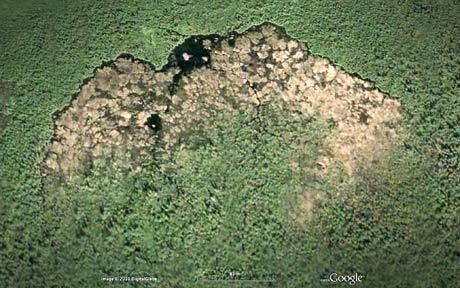 Though it may seem pointless for the tiny critters to build, they actually build the dams for a good purpose: the goal is to design a sort of moat where they can make better use of their swimming skills to evade predators. In order to achieve this, they use not only trees and mud, but also stones.

Whole beaver families live in the proximity of the dam, and spend most of their active day repairing and adding to the structure; the biggest such dam is located in the Wood Buffalo National Park in Northern Alberta, Canada.

While it’s not uncommon to find ones of over 1000 feet (or even 1500), the size of this one took all the biologists by surprise. Beaver dams are important not only for ecological purposes, but they also give a good indication about the climate and habitat change.

Sharon Brown, a biologist from Beavers: Wetland and Wildlife, an educational organisation in North America:

“Beavers build dams to create a good habitat. They are very agile in the water but they’re a bit slow moving on land. They create a habitat with lots of water like a moat around their lodges so they can swim and drive and keep one step ahead of predators such as coyotes and bears. They also use water to move the trees they use in their dams because it is easier floating wood on water than dragging them over land. These habitats are not just good for them but for other animals and the environment. Their dams are also good because they slow the flow of water leading to less drought and less flooding. And when plant matters dies in water it turns to peat and that is one of the best ways for storing CO2.”