by Tibi Puiu
in Environment, Environmental Issues, Studies, World Problems
A A 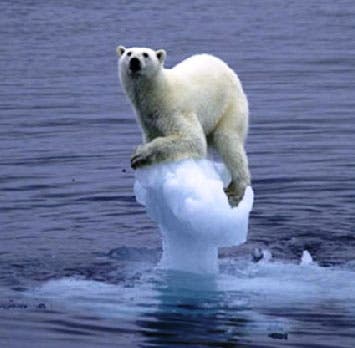 Global warming has significant consequences to Earth’s ecosystems, each effect triggering another one in a slew of chain reactions. Frighting enough, rising temperatures and changed global weather patterns has caused certain types of plants and animals to become smaller, claims a new study published Monday in the journal Nature Climate Change.

Warmer and drier weather causes plants and animals to reach smaller sizes,  which frankly it wouldn’t be that much of a problem if every organism on earth would shrink at the same rate. Unfortunately, this is not the case since some species get smaller in size with each passing generation, while others remain the same, which in terms puts the entire world ecosystem out of balance. Over the past century animals including toads, tortoises, blue tits, Soay sheep and red deer have all started to reduce in size, scientists claim in the study.

“The consequences of shrinkage are not yet fully understood, but could be far-reaching for biodiversity and humans alike,” said Dr David Bickford and Jennifer Sheridan of the National University of Singapore.

“Because recent climate change may be faster than past historical changes in climate, many organisms may not respond or adapt quickly enough. This implies that species may go extinct because of climate change.”

Climate change is a cyclic phenomena, and though out its history the Earth has went through numerous such disruptions. Fossil evidence dating from the Palaeocene-Eocene (55 million years ago), for instance, shows that around that time the average world temperature rose between 3-7% , which in term lead to the shrinkage of invertebrates, including beetles, bees and spiders,  by 50 to 75 percent.

In the past century, the Earth has warmed by 1C, while some climate experts  predict 7C of warming by 2100. Past experimental research implies that for every 1C added in temperature, a variety of plants lose between 3-17% in size, while fish shrink by 6-22%.

Cold-blooded animals, the majority here on Earth, are most vulnerable in the face of global warming, since it causes their metabolic rate to increase. Amphibians, particularly, are at an even greater risk because of their already small size. Thus, they need more food to maintain their size, otherwise they’ll shrink. As for warm-blooded animals, they’re organism allows them to better conserve their body heat, so the colder the climate, the bigger the animals there, generally speaking. Lower levels of sea ice, directly correlated to an increase of temperature in the region,  have resulted, however, in polar bears getting smaller.

“Continued global warming is likely to favor smaller individuals, and we predict that organism size will continue to decrease over the century,” Sheridan and Bickford write.

It’s evident there’s an imbalanced ecosystem in play at the moment, which will only get worse. For humans, changes in organism size could have a direct effect on our food supply, for instance, through crops and fisheries.

“The worst-case scenarios … are that food crops and animals will shrink enough to have real implications for food security,” Bickford told Reuters. “Impacts could range from food resources becoming more limited… to wholesale biodiversity loss and eventual catastrophic cascades of ecosystem services… We have not seen large-scale effects yet, but as temperatures change even more, these changes in body size might become much more pronounced — even having impacts for food security.”