Fighting against soot – more important than ever

Most of the talk about global warming revolves around carbon dioxide, sometimes giving the false impression that it alone is responsible for global warming and all its implications. However, numerous studies have revealed a new enemy, one almost as dangerous as carbon dioxide: soot. 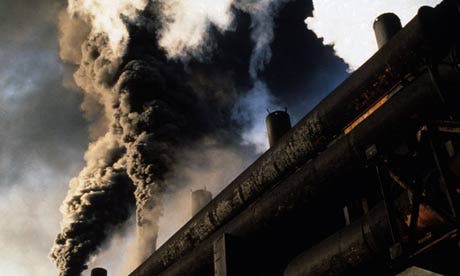 The black powdery pollutant is responsible for numerous climatic shifts, especially in the areas between the tropics. The main difference however, is that soot can be relatively very easy ‘defeated’. Soot, generally called black carbon by climatologists, originates mostly from power plants, diesel engines and activities mostly related with developing countries (burning the fields or open cooking stoves, for example).

What happens is that as it drifts into the atmosphere, soot attracts a lot of sunlight and heat, warms up and then radiates heat; it can do the same thing on the ground too. Changing pollution trends have affected the way it manifests, and for the worst. Until recently, soot was generally mixed with sulfate particles that reflected sunlight. However, the mix of sulfate and soot produces new particles that have an even greater ability of absorbing sunlight.

“That actually enhances the effect,” says Mark Jacobson, a Stanford University atmospheric scientist. “It can double the warming.”

There are still many things researchers have been unable to assess, but one thing’s for sure: at least in the Northern Hemisphere, soot has caused some dramatic changes. The thing is that unlike greenhouse gases that quickly disperse in the atmosphere, soot congregates above and stays there. Here’s what Al Gore says:

“A new understanding is emerging of soot. Black carbon is settling in the Himalayas. The air pollution levels in the upper Himalayas are now similar to those in Los Angeles.”, and he’s right.