Tiger census in India shows growth after a long time

Tiger populations throughout the world are facing a dramatic decline, and are faced more and more with extinction; the future looks pretty dire for these amazing creatures, but maybe there is still hope for these magnificent creatures. A recent census conducted in India showed 295 more tigers than last year, which can only be good news, and perhaps a sign that things are changing for the good. 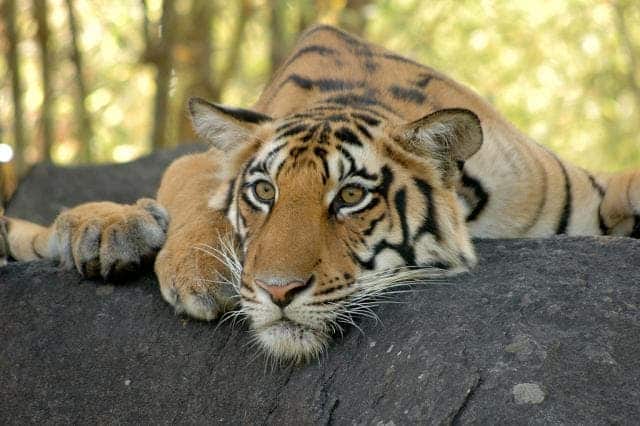 A century ago, it was estimated that there were more than 100.000 tigers in the wild, but now, even extremely optimistic estimations don’t go over 4.000, and actually, the number probably revolves around 3.500, so an extra 295 tigers is a very important increase !

The Indian tiger census for 2011 was released at the International Tiger Conference hosted by Environment and Forests Minister Jairam Ramesh.

Now, the Indian tiger population is at 1706, which makes up for almost half of the worldwide population; the bad news is the decline continues in countries such as Russia or China, so they are still on the brink of extinction. But maybe, just maybe, we have learned enough to know that a world without tigers is definitely not as good as one with them.