1 in 5 vertebrates threatened by extinction

About twenty years ago, pretty much every nation on the globe agreed that biodiversity has to be protected, and significantly reduce the damage done to it by 2010. Well, as you probably know, it’s 2010, and there have been no big results – quite the opposite. More and more animals are going extinct each year, pretty much every tiger species is endangered and even plants are threatened. Furthermore, a recent study published in Science concluded that no less than a fifth of all vertebrates are threatened by extinction as well. 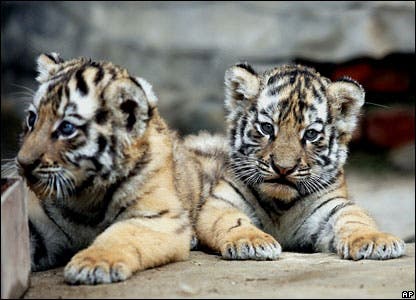 However, there are some good news; things have improved, though not nearly enough since 20 years ago. If we would have continued in the same direction until this year, things would have been a whole lot worse.

“What our results show is that conservation efforts are not wasted. They are making a noticeable difference,” said Ana Rodrigues, a researcher at the Center for Evolutionary and Functional Ecology in Montpelier, France, and one of the authors of the study.

The researchers analyzed the status of about 25,000 vertebrate species, and noticed that the “rates of decline in the Red List index would have been 18 percent steeper” in the total absence of conservation programs.

Preserving biodiversity is not only a noble goal, and that could help educate future generations; it is also very useful ! How ? Well diverse and stable ecosystems naturally provide numerous resources, such as pollination, pest control, cleaner water, pollution abatement, and so on.

“These ecosystem services, as they are called, are estimated to be worth $33 trillion per year, ten times the size of the UK GDP, for example,” said Stuart Butchart, an ornithologist with BirdLife International and one of the paper’s authors. “Economists have calculated that not stepping up our efforts on biodiversity loss will cost us seven percent of the global GDP by 2050, and that doesn’t even include the consequences of resource conflicts, refugees, and political instability that will happen when these systems reach tipping points of collapse.”

However, regardless of the economic costs of lost biodiversity, the study’s raw numbers are disheartening, as Ars Technica points out. Who’s to blame ? Greed, you, me, everybody, just choose. The main causes for animal extinction are habitat loss and overexploatation.