More and more animals are becoming extinct each day, due to hunting, destruction of habitat, pollution, and so on. In the past 100 years, a significant number of animals have become extinct and you will never get the chance of seeing one, no matter what you do. Take a moment and think about what animals your grandchildren will have the chance to see, and what is the legacy you give them.

The animals aren’t presented in a certain order, it’s quite random. 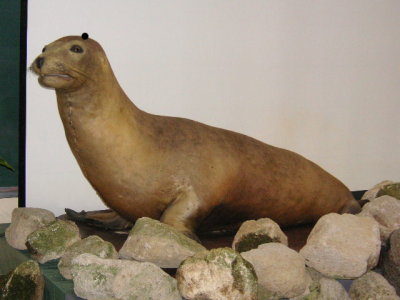 Believed to be extinct since 1950, the Japanese Sea Lion lived in the coastal areas of the Japanese Archipelago and the Korean Peninsula. Weighing up to 450 to 560 kg and reaching lengths of 2.3 to 2.5 meters (the males; females were smalled), they preferred sandy open beaches, but they sometimes used rocky areas for breeding too. Harvest records from Japanese commercial fishermen in the early 1900s show that as many as 3,200 sea lions were harvested, and in total about 17.000 specimens were killed, enough to cause their extinction. 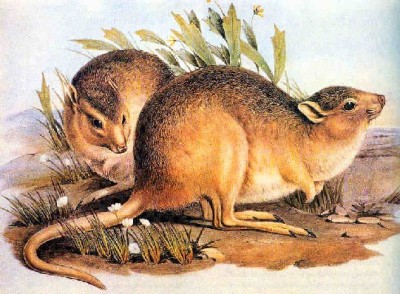 It lived in the driest, hottest and most desolate environments in Central Australia, relying on its fantastic resistance and independance of water; in fact, it was so prepared that it even shunned the succulent plants of the sandhills. It was first sighted by Europeans in 1841 and was not seen again for 90 years. The last sighting was in 1935, which makes it quite a mysterious creature. They were able to travel enormous distances and high speeds, and they ‘paused only to die’.

This elusive species of fish was once endemic to the Rio Grande basin and ranged from central New Mexico to southernmost Texas. Not too much information is available about them, and they were only spotted irregularly and only several times. The last known specimen was recorded in Mexico in 1975. 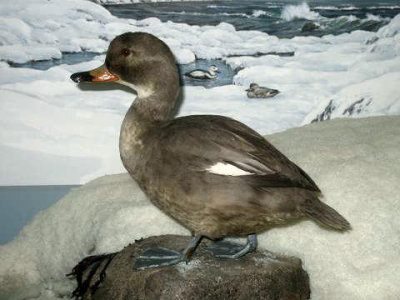 The labrador duck was never common; it’s believed that this species of duck has been extinct since 1875. It’s also believed that it was the first bird to be extinct in North America sincer 1500. It was also called the Pied Duck and it fed on small molluscs. Its extinctions is quite a mystery, because it was not sought much by hunters. Still, humans are still probably responsable for its extinction as they caused the decline in mussels and other shellfish on which they are believed to have fed in their winter quarters, due to growth of population and industry on the Eastern Seaboard; this meant that the duck had no food left. 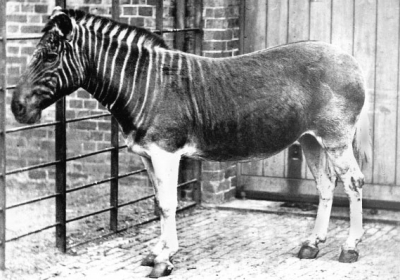 The Quagga is a subspecies of the plains zebra which lived in great numbers in South Africa’s Cape Province and the southern part of the Orange Free State. It got this name as an onomatopoeia, being said to resemble its call. The quagga was the first extinct creature to have its DNA studied although the only live photographed member was the Regent’s Park Zoo mare in London.

It’s believed that the Tasmanian Wolf has been extinct for about 65 years. Despite its appearance and its popular name, this animal was not in fact a species of wolf, nor was it a dog, which it also resembled. It was actually a marsupial — the largest carnivorous marsupial in recent times — and was closely related to the kangaroo and the wombat. It’s extinction is attributed solely to human activities. 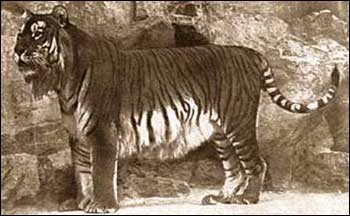 Caspian Tigers lived in China, Tajikistan, Iran, Afghanistan and Turkey, being the westernmost subspecies of tiger. It’s believed that they became extinct in the late 1950s, though there have been several alleged sightings of the tiger. Being the third largest species of tiger ever to walk the face of the Earth, it still couldn’t resist the massive hunting parties which killed them down, mostly for fur. The Russian government have worked heavily to eradicate the Caspian tiger during planning a huge land reclamation programme in the beginning of the 20th century. They considered there was no room for the tiger in their plans and so instructed the Russian army to exterminate all tigers found around the area of the Caspian Sea, a project that was carried out very efficiently. Three cheers for the Russian government.