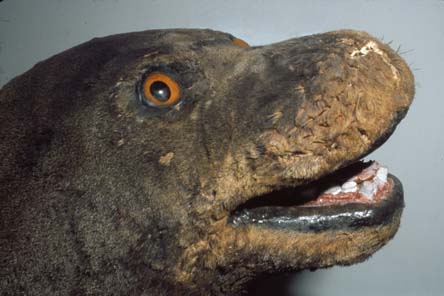 The Caribbean Monk seal (or West Indian seal) has been announced extinct on Friday. This comes as a shock (at least for me – and many others), as this is the first seal species announced extinct due to human activities; now, it will only be seen in drawings.After five years of futile efforts in which not even a single sighting has been reported, the U.S. declared extinct, and also declared that no other seal species has been extinct because of us. This probably (and sadly) opens the way for more such species to become extinct – unless something changes.

The Caribbean Monk Seal was a relatively small seal (6-9 feet) with rolls of fat around its neck and brown pelage that faded to a yellow-white color on the stomach. The last recorded sighting occurred in 1952.

Perhaps what’s even more important here is the lesson that must be learned. Humans left the population unsustainable due to overhunting. To how many other species have we done this? This will (and already is) ultimately affect us! Take just 10 seconds and think about that.