Koalas in peril of extinction, due to habitat loss and an AIDS-like virus

The koala population has been going down for quite some while now, mostly due to habitat loss and the lack of laws to protect them, but now it seems they have a really, REALLY big problem. It’s recently been reported that koalas from the Queensland area (and not only) are dying from the spread of an AIDS-like virus, and if things keep going this way, they could be extinct in less than 15 years. 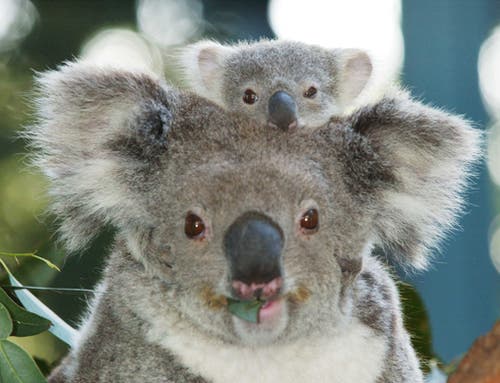 ”We’re seeing a 100 per cent infection rate in the populations we’re studying. On those figures, it should be considered a disease epidemic,” Australian Wildlife Hospital research director Jon Hanger said.

The big problem is that this retrovirus combines with the habitat loss and there already have been reported some local koala extinctions.

“‘We are losing the battle, and koala populations in smaller fragmented habitats are doomed to extinction. ‘We have hammered our biodiversity like you wouldn’t believe. If you look at a map of Australia on Google Earth you’ll see how few fragments of native vegetation are left across the continent. We have gone way beyond the tipping point for many of our ecosystems.”

Having looked at Google Earth I can say that this statement is not an exaggeration by any standards. He also pointed a finger at the “antiquated legislation” which is currently unable to provide any kind of protection to the little furry fellows. 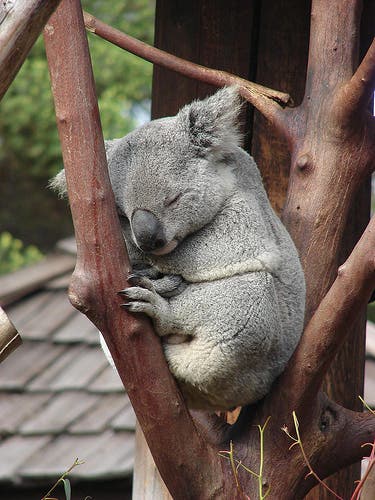 ”They were written at a time when the main aim was to make it illegal to kill or collect koalas. They need to be urgently revised to factor in threats posed by climate change, the rapid spread of disease and urban development.”

It’s obvious that the needs and expectancies from the legislators have greatly increased, and hopefully they will see this and make the necessary steps. The Australian Wildlife Hospital and University of Queensland have published a progress report on the moving of young koala populations. The greatest distance traveled was 14km and the reproductive success was really high, but the relocated koalas have numerous problems to cope with. Feral dogs, competition for mates, clearing forests and droughts are just a part of what they will have to face.

As it turns out, the risk of extinction has been greatly misscalculated, underestimated by ~ 100 times ! This also raises more questions as 1 in 4 mammals, 1 in 3 amphibians and 1 in 10 birds are threatened with extinction; what happened if the mathematical model has been wrong here too??