by Mihai Andrei
in Science, World Problems
Reading Time: 2 mins read
A A
Share on FacebookShare on TwitterSubmit to Reddit

The Siberian tiger is the biggest feline to walk the face of the Earth at the time, but if today’s trends continue, that will change in the not so distant future; and not because other species will grow bigger, but because the Siberian tiger can become extinct.

There were around 300 tigers living in Eastern Russia just 4 years ago (which is a dramatically small number), but the WCS (World Wildlife Conservation Society) estimates that the population has decreased significantly due to habitat loss (logging) and poaching. WCS say they have done this estimate in order to warn Russian authorities about what has to be done in order to protect this majestic creature.

“The sobering results are a wake-up call that current conservation efforts are not going far enough to protect Siberian tigers,” said Dr. Dale Miquelle, of the Wildlife Conservation Society’s Russian Far East Program. “The good news is that we believe this trend can be reversed if immediate action is taken.”

“Working with our Russian partners we are hopeful and confident that we can save the Siberian tiger,” Dr. John G. Robinson, WCS Executive Vice President for Conservation and Science added. “The Siberian tiger is a living symbol for the people of Russia.”

Siberian tigers are powerful predators that hunt alone, sometimes searching for prey for many miles. However, despite their reputation and killer traits, they avoid humans as much as they can. In the extremely rare cases when they do attack, it’s because they have nothing to eat. 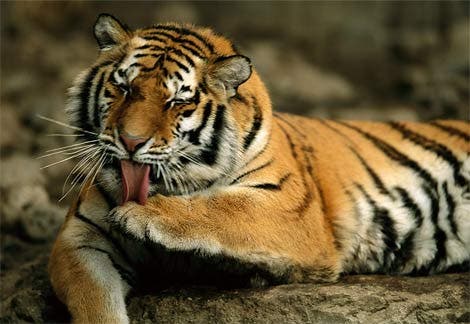 The main problem is deforestation. The Siberian tigers requires vast territories to survive, and so does it’s prey and other numerous animals from the ecosystem. However, due to (legal and illegal) logging, its habitat decreased greatly, leaving it without food and hope. However, this is not the only hurdle they face.

Poaching is another major threat. Whether it’s for the fur, for medicinal purposes (tiger organs are very valuable in Chinese “traditional” medicine), or just for a big trophy, tigers are threatened from all directions – and this just has to be controlled more strictly. Hopefully, the Russian authorities will be able (and willing) to understand what they have to do and will take the necessary measures so we won’t have to explain to our grandchildren why there are no more Siberian tigers.