13 countries make a plan to save tigers

Just a short while ago, I was telling you about the extremely worrying decline of the Siberian tigers (and not just them). It’s obvious that if nothing changes, the odds are they’ll be going extinct, perhaps even during our lifetime (which is the case for numerous mammals, actually. Russia and a dozen other Asian countries had a meeting and signed a pact to double tiger numbers by 2022, and keep them growing. That includes fighting harder against poaching, preventing building of roads and bridges that harm their habitat.

However, as fantastic as this sounds, I do have my reservations. The signed plan includes no money, but instead suggests approaching interntional institutions like the World Bank for money, or tap into resources such as eco tourism and carbon financing.

“This is a historic meeting. Before this, not many people paid attention to tigers,” Thailand’s Minister of Natural Resources and Environment Suwit Khunkitti said after the three-day meeting in Hua Hin. “Stopping the depletion of tigers is a very important issue for all of us.” 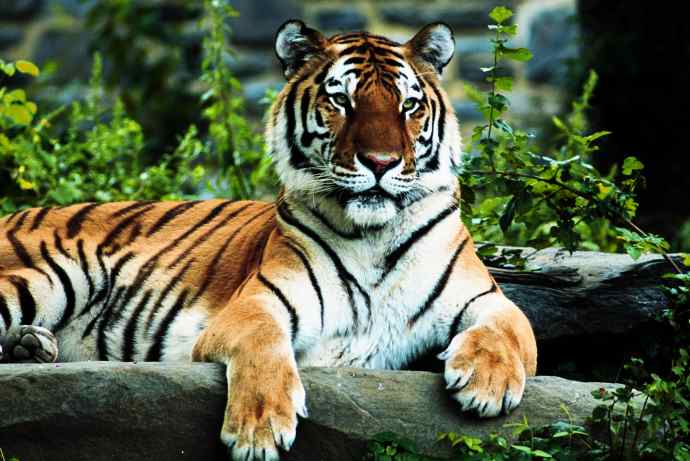 Along with protectinc and increasing the numbers, the major goal is to save their habitats, which have been drastically reduced. Alas, this is the best news tigers have got in quite a lot of time. We can only hope they will carry out this plan; and let’s hope China does something about trading tiger body parts (sounds brutal, but that’s exactly how it is) – this is another dangers the felines have to face.

“This is excellent news for tiger conservation,” said Michael Baltzer, who heads the WWF Tiger Initiative and attended the meeting. Simply, there never has been a high-level government commitment to take forward tiger conservation,” Baltzer said. “The fact the governments committed to doubling the numbers of tigers shows they have high ambition. They are setting the bar at a high level.”