by Mihai Andrei
in Biology, Climate, Environmental Issues
A A 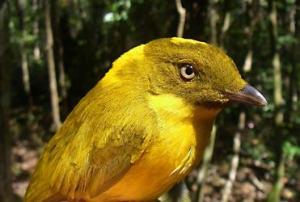 The threat that global warming is has definetly been underestimated, and if something doesn’t develop quite fast that could handle this problem or at least diminuate its effects (could it be iron fertilization?), the perspectives are quite dire. Everything and everybody is affected, and the effects include the melting of glaciers and the destruction of coral reefs, which is really dangerous.

Now, a new report, Implications of Climate Change for the National Reserve System, was prepared for the Federal Government in Australia, and released April 1 by the Environment Minister Peter Garrett, and author Dr Michael Dunlop says climate change is forcing environmental scientists to rethink their approach. Climate change will change practically all of Australia’s landscapes.

The temperatures are expected to rise by 1 C in the next 20 years, which may not seem huge, but it really is.

“Traditionally, conservation has focused on preventing change or restoring landscapes toward a pre-European state, but we now have to accept that change is inevitable, and it’s happening quite fast,” he says. “Some animals and plants will be found in places where they’ve never been seen before, and others will disappear from areas where they were once common, and for many regions the look, sound, and smell of the landscapes we are familiar with will gradually change.”

The report confirms that Australia’s 9,000 protected areas are critical for nature conservation in a warming world, but Dr Dunlop says new protected areas will also be needed.

“There’s a lot we don’t yet understand, but we know more species will have a greater chance to adapt and survive if we protect:
as many different types of habitat as possible;
larger areas of habitat; and
locations that have historically provided a refuge for biodiversity during times of climatic stress.”

It’s really sad to know that the wonderful wildlife Australia will have so much to bare, and it’s really not fair. But there are still somethings even the small guys (us) can do to help out things. Here’s an idea.